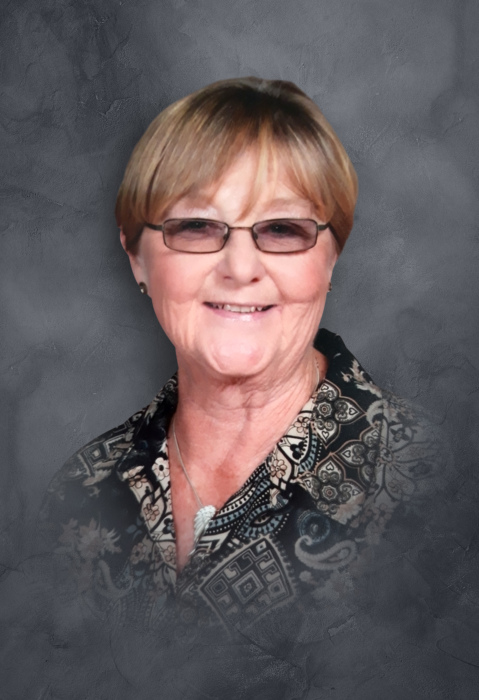 Anita Louise (Jensen) Whitmore was born on July 7, 1948, to Preben and Louise (Golden) Jensen in Woodbine, Iowa. She attended school in Woodbine and graduated from Woodbine High School with the class of 1966. Anita married Bill Whitmore on October 16, 1966, at the United Methodist Church in Woodbine. On December 10, 1974, the couple opened the Whitmore Home Decorating Store. Anita also cleaned the city offices and checked the water meters for many years. They retired in February of 2010.

Anita was a member of the United Methodist Church in Woodbine. She treasured baking, gardening and canning. She also enjoyed dancing, sewing, crocheting, fishing and singing. Additionally, Anita loved playing cards and was a member of a card club in Logan.

Anita died on Sunday, September 8, 2019, at Westmont Care Center in Logan, Iowa, at the age of 71 years, two months and one day.

Anita was preceded in death by her parents; husband, Bill Whitmore on May 27, 2010; son, Phillip Whitmore on March 10, 2015; and brother, John Jensen. She is survived by her daughter, Billie Jo and her husband Jon Schulz of Goehner, Nebraska; daughter-in-law, Sue Duval of Omaha, Nebraska; five grandchildren, Ethan and his wife Madison, Jacob, Emily, Cheyenne and her husband Sloan and Jensen; three great-grandchildren, Shelby, Violet and Lydia; brother, Neil Jensen and his wife Bette of Woodbine, Iowa; sister, Sue and her husband John Benedickt of Logan, Iowa; and many other relatives and friends.

To order memorial trees or send flowers to the family in memory of Anita Whitmore, please visit our flower store.