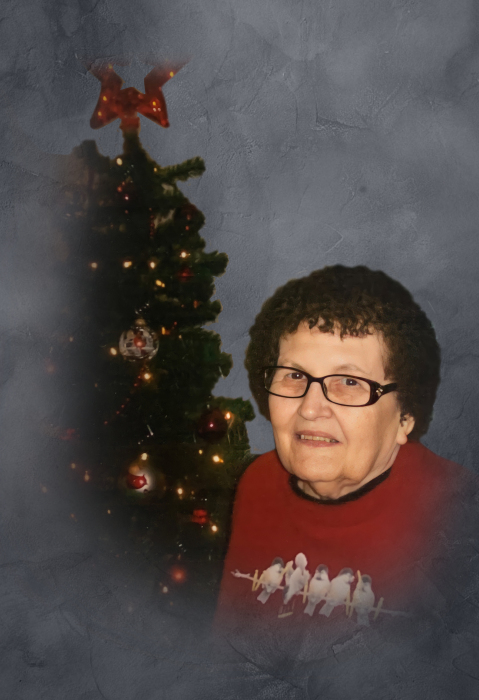 Ardis Joan Hodges was born on December 13, 1936, in Algona, Iowa to Stanley and Leola (Huff) Gardner. She grew up in Algona and graduated from Algona High School in 1954. Ardis then married Art Snavely. To this union two children were born, Tim and Deb. She moved to Logan in 1959. Ardis married Leo Hodges on March 12, 1960, in Omaha, Nebraska. To this union three children were born Dan, David and Barb. They moved to the farm in January of 1961. Leo died on November 14, 2005. Ardis stayed on the farm until August of 2016 when she moved in with David and Diana.

Ardis was a member of the Logan United Methodist Church. She enjoyed knitting and crocheting. She loved raising rabbits. In her earlier years, Ardis and Leo milked cows and raised      chickens.

Ardis died on Thursday, December 16, 2021, at her son’s home outside of Missouri Valley, at the age of 85 years and three days.

Ardis was preceded in death by her parents; husband, Leo on November 14, 2005; son, Tim Snavely; son-in-law, Ray Ritterbush; sister Dona Cooley; grandson, Steven Ritterbush and great-grandson, Phynix Hodges. She is survived by her children, Deb and her husband Ray Bird of Pottersville, Missouri, Dan Hodges and his wife Deanna of Eldon, Missouri, David Hodges and his wife Diana of Missouri Valley and Barb Langhurst of Cedar Rapids, Iowa; step-children, Jan Ritterbush of Council Bluffs, Iowa and Ron Hodges and his wife Kat of Gravois Mills, Missouri; daughter-in-law, Deborah Dodds of Broomfield, Colorado; many grandchildren, great-grandchildren and  great-great-grandchildren; sister, Audrey and her husband Terry Shaeffer of Tucson, Arizona; and many other relatives and friends.

To order memorial trees or send flowers to the family in memory of Ardis Hodges, please visit our flower store.