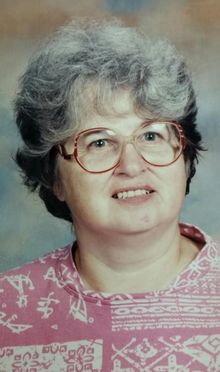 Ardis Jayne Moore was born September 6, 1938, to Lewis and Aleta (Jensen) Moore in Onawa, Iowa. She was raised in Moorhead, Iowa and graduated from Moorhead High School in 1955. Ardis married Warren Moore, December 15, 1955, and they later divorced. They lived in Moorhead Iowa until 1960, when they moved to Ames Iowa, where she attended Iowa State University and received her bachelor's degree in 1968. Then, in 1971, she received a master's degree in Plant Morphology. After graduation, she worked at the Herbarium and the Pharmacology department at Iowa State. In 1975, she moved to Victor Iowa, where she was a teacher at HLV Community Schools, also during this time she attended the University of Northern Iowa, where she earned a master's degree in Special Education. In 1980, she moved to Fort Dodge, Iowa and took a teaching job at the Fort Dodge Senior High teaching special education until her retirement in 2003. It was in 1992, she moved to Lake City, Iowa.

After retirement, she continued to do volunteer work at the Herbarium at Iowa State. One of her greatest pleasures was playing the piano which led to the study of Performance Pianos, at Drake University. She also had many hobbies, raising and showing Arabian horses, gardening, sewing, knitting, needlepoint, crocheting, painting ceramics, cooking, reading, raising German Shepherds, and many other interests and talents. She loved all living things whether it be plant or animal.

Ardis was preceded in death by her parents; sister, Doris Hildreth; and granddaughter, MiKayla Moore. She is survived by her three children, Jeffrey Moore "Jeff" and his wife Ingrid of Longmont, Colorado, James Moore "Jim" and his wife Karol of Boone, Iowa, Jayne Moore of Oklahoma City, Oklahoma; six grandchildren, two great grandchildren; two siblings, Monte Moore and wife Gretchen of Warsaw, Indiana, Trudy Pogue of Kearney, Nebraska; and many other relatives and friends.

To order memorial trees or send flowers to the family in memory of Ardis Moore, please visit our flower store.