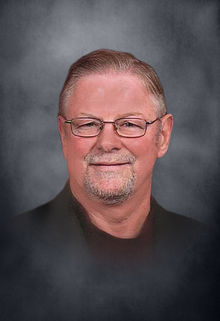 Bernard "Barney" Alan Murphy was born July 23, 1953, in Council Bluffs, Iowa, the first of nine children, to Eugene and Ellie (Arthur) Murphy. He was raised in Nebraska and attended school in Ralston, Nebraska graduating in 1971. He then worked the graveyard shift at Skinner's Macaroni and during the day helped with the family cement business. Barney married Betty Jean Roberts on August 8, 1980. He then joined the Fire Sprinkler's Fitters Union Local 669 of the United Assoc. in 1974. He finished a five year apprenticeship through Penn. State University, became a journeyman, foreman, instructor and union representative working in 35 different states throughout his career. In 1996 he became an instructor for the union's apprenticeship program and completed a five year program through Washtenaw College in Ann Arbor, Michigan. In 1999 he became an OSHA instructor. In 2000 he became the business agent for the union representing nearly 500 union members and 14 contractors in Iowa and Nebraska.

Barney was a member of St. Patrick's Catholic Church and was a 4th degree Knights of Columbus. He was politically active, served as Dunlap's mayor, and enjoyed softball and golf. He served as the president and treasurer of the Dunlap Golf Course and held a tournament there for many years to raise money to cure diabetes. He also had the honor of playing in a golf outing with then President Bill Clinton. Barney was an avid Iowa Hawkeye, Miami Dolphin, Creighton Blue Jay and Chicago Cub's fan. Barney was also a sports writer for the Dunlap Reporter covering the high school sports.

Barney died on Saturday, January 14, 2017, at the Creighton Medical Center, due to complications from a car accident and a courageous battle with cancer, at the age of 63 years, five months, and 22 days.

The life & times of Barney Murphy

Barney's favorite sport was baseball. Growing up in Ralston not very many summer days went by when there wasn't a ball game to play
and on Saturday afternoon, he watched the game of the week with Pee Wee Reese and Dizzy Dean doing the play by play. High school had Barney playing football, basketball, track and baseball. Like many boys after graduation, they waited for the draft. While waiting, Barney went to work and helped support his family. When the draft time came, Barney's number came up at 365. Barney wanted to serve, but helping to care and support his family came first. Not serving his country was one of Barney's life's regrets. Barney got his first union card in 1971 at Skinners making $3.07 an hour and in 1974 he became a sprinkler fitter, making $5.94 an hour. At retirement Barney was making nearly $35.00 an hour plus over $14.00 an hour in benefits. Being involved in politics, he moved up in the union to become the business agent and organizer. After his retirement he became a lobbyist and as a write-in candidate the Mayor of Dunlap ~ a job he dearly enjoyed. In his travels, Barney acquired autographs from Senators John Edwards, Tom Harkin, Bob Kerry and Hillary Clinton, and Presidents Bill Clinton and Barak Obama. He was a friend of Governor (and Senator) Ben Nelson, met Supreme Court Justices Sandra Day O'Conner and Samuel Alito. On a trip to Washington DC Barney attended the Papal Mass of Pope Benedict XVI. He went to the Kentucky Derby, made a hole-in-one and attended MLB, NBA, NFL, and PGA events along with college football, baseball and basketball games. He also saw the Statue of Liberty. Barney belonged to both Woodbine and Dunlap golf courses and enjoyed playing in Woodbine with his brother, Mike. On their honeymoon, Barney and Betty went to a KC Royals baseball game when the Baltimore coach, Earl Weaver, intentionally walked George Brett to load the bases in the bottom of the 9th and thus lost with a full count walk off walk. Barney's favorite team was the Chicago Cubs and he and Betty went to a game at Wrigley Field in 2005 for their 25th wedding anniversary. The Cubs lost, but the game was an experience. When the family gets over the five states of grief of my death: denial, anger, bargaining, depression and acceptance ~ remember life goes on. Make peace with yourself. Just think that life is an apprenticeship and going to Heaven is how to become a journeyman. In closing for those that have been wondering about my license plate, YIPKAMF, it means, "Yes I plan on keeping all my friends." And finally, to my wife and best friend, Betty, I love you. In death, my life begins.

To order memorial trees or send flowers to the family in memory of Barney Murphy, please visit our flower store.