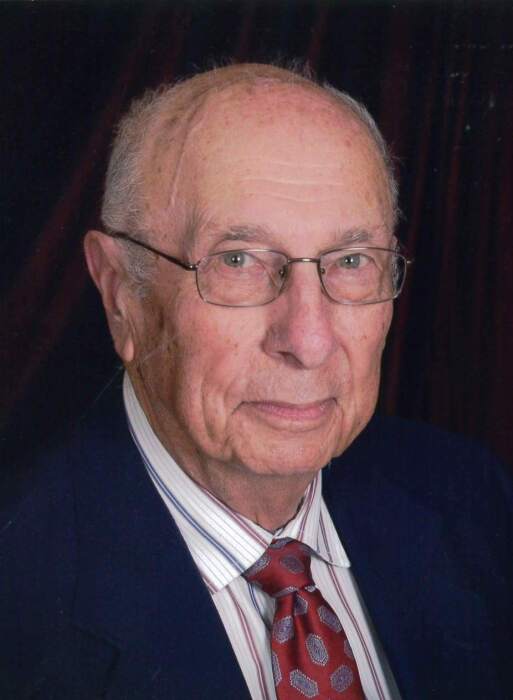 DUE TO FEDERAL AND STATE GUIDANCE ON GATHERINGS BECAUSE OF THE COVID-19 PANDEMIC, MASKS ARE REQUIRED AT THE VISITATION AND THE FUNERAL.

THE SERVICE WILL BE LIVE STREAMED ON FACEBOOK ON THE FOUTS FUNERAL HOME PAGE STARTING AT 10:00 A.M.

Beryl Frederick Garrett was born December 4, 1926, to Leolan and Ella (Peterson) Garrett near Dow City, Iowa. Beryl attended school in Dow City and graduated from Dow City High School in 1945. Beryl married   Gloria Dorfler on September 21, 1953. at Bethlehem Lutheran Church in Dow City. Beryl worked at Kortman Implement in Charter Oak and Golbirsch & Sullivan Implement in Dow City before moving to Dunlap in December 1963. He then worked for the gas company. After his retirement he worked at the Dunlap Hardware store.

Beryl was baptized and confirmed in the Lutheran faith. He was a life-long member of the Bethlehem  Lutheran in Dow City. Beryl had a strong Christian faith, he was proud of serving his country in the Korean War. He was sent to Korea on February 28, 1952 and returned home on December 25, 1952. Beryl and Gloria worked for five summers at the Yellowstone National Park for Hamilton Stores and made many friends while doing this. Beryl enjoyed having coffee at the mini mart, visiting with the locals and  anyone passing through.

Beryl was preceded in death by his parents; wife, Gloria on December 19, 2004; and two brothers, Jack and Alan Garrett. He is survived by his son, Steve  Garrett and wife Deb of Charter Oak, Iowa; daughter, Debbie Garrett and partner Tim Oppold of Dunlap, Iowa; two grandchildren, Alex Garrett and wife Kelsie and Melissa and husband Nick Bordovsky; two great grandsons, Jordan and Johnathan Garrett; brother, Larry Garrett and wife Carlyn of Dow City; two sisters-in-law: Maxine Garrett of Denison, Shirley Garrett of Dow City; and many other relatives and friends.

To order memorial trees or send flowers to the family in memory of Beryl Garrett, please visit our flower store.