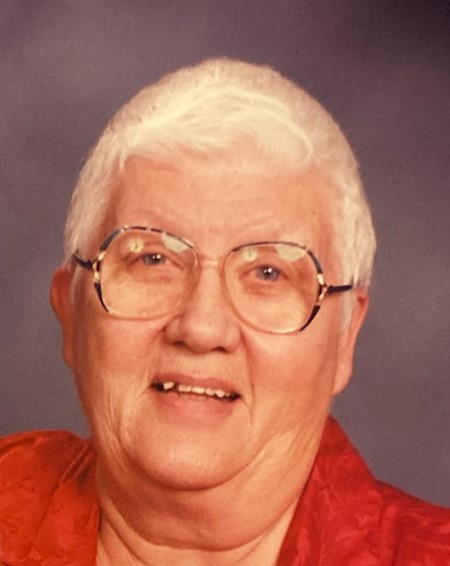 Betty Jean Schlensig, the daughter of Leroy and Catherine (Kline) Rose, was born on January 10, 1937, in Dunlap, Iowa. On August 12, 1954, Betty was united in marriage to Robert Milton Schlensig of Soldier, Iowa. Betty and Bob started their married life farming near the Dunlap area. Soon a child was born, Milton Schlensig. Her husband was drafted into the Army in September 1955, and she joined him in Fort Gordon, Georgia with their son after boot camp. They all returned to Dunlap, Iowa, in September 1957, to continue farming. Another child was born, Melba Schlensig. In 1963, the family moved to Phoenix, Arizona, for her husband’s health. Betty obtained a position at the Ramada Inn hotel as a telephone operator. She transferred to a bookkeeping position at the CPA accounting firm of Norman and Sons where she was promoted to office manager and then accountant. She obtained her GED. Betty joined American Society of Women Accountants and was a devoted member for over 30 years holding every position in the society including the president. After many years of devotion to Norman and Sons, she left the firm to assist her son in starting his own business. Once his business was established, she transferred to an accountant position with Harkin’s Theaters. Betty and her husband moved to Circle City, Arizona for cleaner air and small-town life. She transferred to an accountant position with United Food Bank.

Betty retired to enjoy her grandchildren and travel. She moved to Wickenburg, Arizona after her husband of 52 years passed away in 2006.

Betty died on November 4, 2022, at Beatitudes Campus in Phoenix, Arizona at the age of 85 years, nine months and 25 days.

THE FAMILY WILL BE HAVING A PRIVATE SERVICE.

To order memorial trees or send flowers to the family in memory of Betty Schlensig, please visit our flower store.