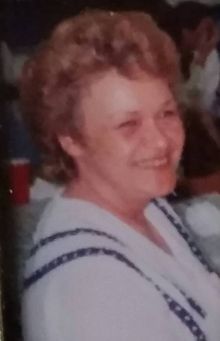 Bonita Mae (Brookhouser) Majerus was born July 31, 1944, to Leiter and Opal (Roundy) Brookhouser in Woodbine, Iowa. Bonnie was raised in Woodbine and graduated from Woodbine High School. After graduation Bonnie worked at Foodland in Missouri Valley, Iowa and for Western Electric in Omaha. Bonnie married Merlin Whitmore and the couple had one daughter, Kendra. Merlin passed in 1963. Bonnie married Jim Houston and the couple had one daughter, Theresa. Bonnie married Robert McHugh. Robert passed in 1978. Bonnie married Bruce Majerus in 1988 in Logan, Iowa. The couple lived south of Woodbine and Bonnie worked at American Game for 20 years and Perfection Form for 20 years. Bonita and Bruce helped raise their three grandsons.

Bonnie's biggest joys were her three grandsons and one great grandson ~ with one on the way. Bonnie also loved animals and football ~ especially her Nebraska Huskers.

Bonnie died on Saturday, December 16, 2017, at the Select Specialty Hospital in Omaha, Nebraska at the age of 73 years, four months and 16 days.

To order memorial trees or send flowers to the family in memory of Bonnie Majerus, please visit our flower store.