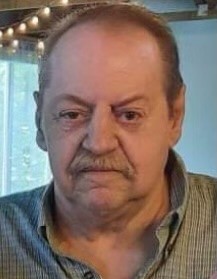 Bryce A. McDonald was born on June 13, 1954 in Denison, Iowa to parents Robert “Bob” and Della (Hartwig) McDonald. Bryce grew up in Dunlap and attended Dunlap High School  and graduated from R. L. Turner High School in Carollton, Texas. He worked for Fox and Jacobs in Texas. In 1979, Bryce and Jolene moved to Farmers Branch, Texas, then Van Alstyne and then Celina, Texas. He started his own business McDonald Concrete in 1980. He poured slabs for new homes and runways at the community airport. On June 15, 1985 Bryce married Jolene Rustin in their front yard in Celina, Texas. To this union Sadie and Rustin were born and joined their sister, Tracey. In 1992, they moved to Moorhead, Iowa an he changed his business to McDonald Construction. Bryce retired in 2021.

Bryce was baptized in the Dunlap Methodist Church. He had served on the Celina Fire Department, served on and as president of the East Monona School Board,   Moorhead Fire & Rescue, Monona County Landfill Board and on the Moorhead City Council. He enjoyed fast cars, playing Euchre, being with his kids and grandkids, visiting with family and friends, riding his motorcycle and helping those who needed help. In his younger years, Bryce enjoyed hunting.

To order memorial trees or send flowers to the family in memory of Bryce McDonald, please visit our flower store.