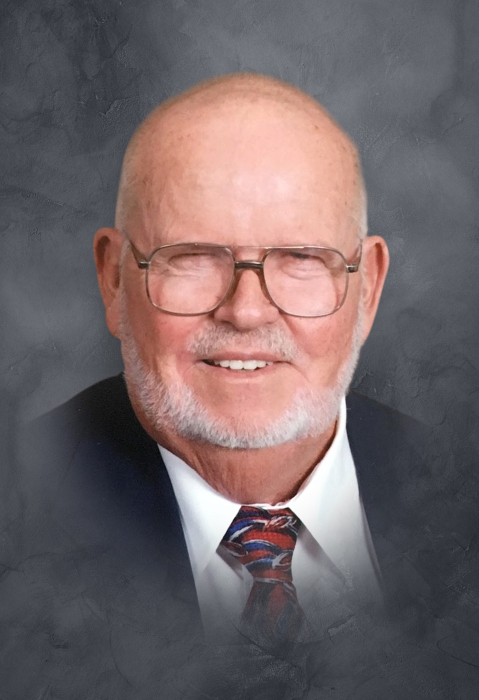 DUE TO FEDERAL AND STATE GUIDANCE ON GATHERINGS DUE TO THE COVID-19 PANDEMIC, MASKS ARE RECOMMEND AT THE VISITATION. THE FUNERAL MASS WILL BE LIVE STREAMED ON FACEBOOK ON THE FOUTS FUNERAL HOME WOODBINE PAGE STARTING AT 10:30 A.M. FRIENDS ARE INVITED TO JOIN THE FAMILY AT FRAZIER CEMETERY FOR THE COMMITTAL SERVICE AT 11:30 A.M.

Carman Albert “Dutch” Schemmer of Logan, IA, died on Monday, November 2, 2020 at the age of 83.  Dutch was preceded in death by his parents, Walter A. and Inez H. (Maaske) Schemmer, of Logan, IA.  He is survived by Ginger A. (Smith) Schemmer, his loving wife of 57 years; four daughters, Rene (Rich) Hiller of Logan, Danielle (Tom) Atkinson of Parker, Colorado, Sharon (Keith) Whitacre of Hudson, Ohio and Susan (Brad) Frazier of Springdale, Arkansas; and 11 grandchildren: Megan, Nic and Macie Hiller, Max and Halle Holmes, Chace Atkinson, Michael and Heather Whitacre and Brock, Maddie and Kacie Frazier.

Dutch was born May 11, 1937, in Ottumwa, Iowa and moved frequently in his first nine years with his father’s construction job. Having lived in Rock Valley, Webster City, Mason City and Fort Dodge, his family settled in Logan, Iowa in 1948, where they started the Schemmer Limestone Quarry. Dutch attended St. Joseph’s Catholic School in Dunlap, graduating in 1955. He then attended Marquette University in Milwaukee, Wisconsin where he earned a degree in Civil Engineering and became a member of Triangle Fraternity. He treasured the friendships formed at Marquette and in Triangle Fraternity for his entire life.

Marquette also provided Dutch with the opportunity to meet his future bride. Ginger was the little sister of Dutch’s friend Tom Smith, and they met his freshman year during a trip home with Tom to Woodstock, Illinois. Ginger was in high school. After a year of weekend visits when Dutch would ask Ginger to introduce him to a “cute, short blonde”, Dutch finally asked Ginger to be his date; perhaps because she put her foot down that there were no more “cute, short blondes”.

Dutch enlisted in the Marine Corps Reserves after graduation and after basic training went to work for the Wisconsin Department of Transportation in Milwaukee. In January 1963 he returned to Logan, Iowa to join the family business and become President of Schemmer Limestone Quarry. By June of that year, Dutch and Ginger were married.

For the next 57 years, Dutch and Ginger called Logan home, working and raising their daughters, attending weddings and welcoming grandchildren. Dutch often said “due to a household of women” he took refuge on the golf course or in the duck blinds. He loved yellow Labradors and always selected a male for hunting and companionship. He would even delegate the driving of the RV for summer vacation to Ginger so that he could follow in the relative peace and quiet of his pickup. He was not fond of traveling, but did look forward to their annual couple’s golf trip with local and college friends…a tradition that spanned five decades. As a founding member of the Honk-N-Quack hunting club, he also loved hosting an annual duck/pheasant hunt with college friends. Dutch passed his love of fishing, golf and hunting to his daughters, sons-in-law and grandchildren.

Dutch was a member of St. Ann’s Church in Logan from 6th grade until his death. He supported other charitable organizations, as well during his life, such as the Logan Humane Society, Logan Fire and Rescue Squad and the Open-Door Mission. The family would request that in lieu of flowers, contributions could be sent in his name to any of these organizations.

To order memorial trees or send flowers to the family in memory of Carman "Dutch" Schemmer, please visit our flower store.