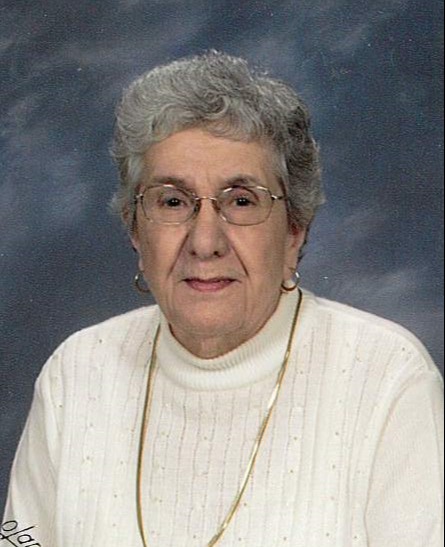 Carmella Frances Ayres was born on February 10, 1926, in Omaha, Nebraska to Joseph and Salvatrice (Italia) Corritore. She grew up in Omaha and graduated from Omaha South High School. After school she worked as a bookkeeper at various businesses. On September 27, 1952, Carmella was united in marriage to Jack Ayres. They were blessed with three children, PatriciaJack Jr. and Terrance. Carmella stayed home while the children were growing up. She then operated a gift shop at the Hilton Hotel for 11 years and worked various other jobs. Jack and Carmella moved to Woodbine, Iowa in 1993.

Carmella was a member of the Sacred Heart Catholic Church. She enjoyed cooking, gardening and sewing. Most of all, she loved taking care of her family.

Carmella died on Tuesday, July 12, 2022, at Azria Health Rose Vista in Woodbine at the age of 96 years, five months and two days.

To order memorial trees or send flowers to the family in memory of Carmella Ayres, please visit our flower store.