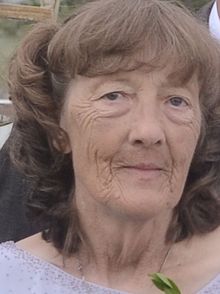 Carolyn Jean (Wendt) Baxter was born March 17, 1949, to Melvin and Anna (Malone) Wendt in Denison, Iowa. Carolyn attended Charter Oak, Dow City, Denison and Woodbine Schools. Carolyn married Dennis Baxter on June 16, 1967, celebrating their 49th wedding anniversary this past summer. Carolyn worked at Rose Vista Nursing Home when they lived in Woodbine as a med-aide. She worked for the Villa Nursing Home in David City, Nebraska as an aide as well until her retirement.

Carolyn loved her granddaughters, horses, Indian artifacts and jewelry. She was also known for her cheesecake, pies, and peanut butter cookies.

Carolyn died unexpectedly on Friday, January 6, 2017, at the David City Community Hospital in David City, Nebraska at the age of 67 years, nine months, and 20 days.

To order memorial trees or send flowers to the family in memory of Carolyn Baxter, please visit our flower store.