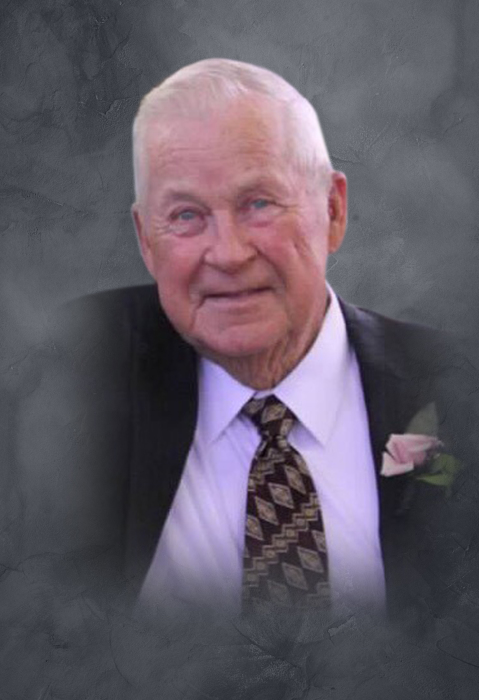 Carroll Everett Johnson was born on December 19, 1928, to Andrew (AJ) and Lena (Sorenson) Johnson in Moorhead, Iowa. He was raised near Moorhead and attended the Bethesda Lutheran country church in rural Moorhead. Carroll attended a country school outside of Moorhead and graduated from Moorhead High School in 1946. After graduation, Carroll started farming with his brothers Hap and Virgil, only leaving the farm to serve his country in the United States Army.  After his honorable discharge, Carroll met the love of his life, Jeanne Reed, and brought her to the Loess Hills. The couple were married in the Bethesda Lutheran Church on December 28, 1952. Their 66 years of marriage was a testament to the love they had for each other.

Carroll was a very quiet but gracious man.  He made sure to always be present for his children, nieces and nephews and later for his grandchildren. Even though he was very busy on the farm, Carroll was always available to catch when all 5 of the kids needed to practice pitching.  He also spent time making memories with each of the grandchildren, treating them all as the “favorite!”

Carroll was very active in his community.  He was a board member of the Bethesda Lutheran Church, Sioux Township, the Moorhead Coop, the Soldier Coop and Director of the Moorhead State Bank.  Carroll was a lifetime member of the Bethesda Lutheran Church, first the country location and then the “new church” which he helped build in 1948. He also served as a member of the American Legion. He enjoyed spending time with his family, working in the fields, baseball and hunting deer.

To order memorial trees or send flowers to the family in memory of Carroll Johnson, please visit our flower store.