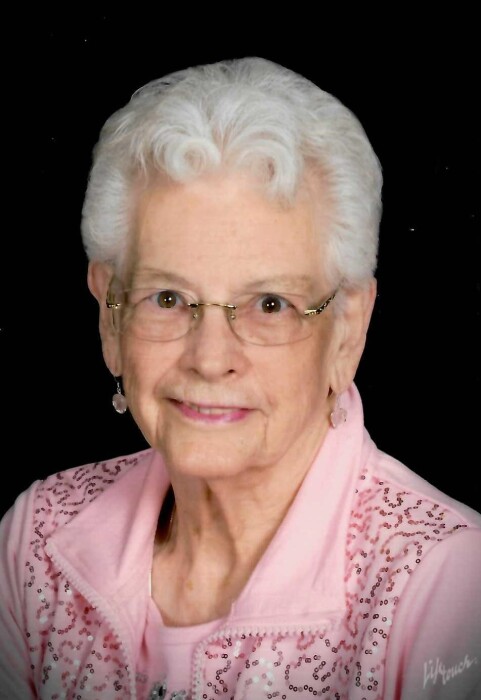 Claribel (Buck) Johnson was born August 21, 1927, to Johanna (Meyer) and John Buck in Hutchinson, Kansas. She was raised in Hutchinson until her freshman year in high school. The family then moved to Alameda, California where Claribel graduated from high school in 1945. Claribel married Oscar Johnson on November 19, 1945, at the United Methodist Church in Alameda. After Oscar’s honorable discharge from Navy in 1947, the couple then returned to Woodbine, Iowa to farm. They purchased their farm in 1950.

Claribel died on Saturday, December 5, 2020 at her home in Woodbine at the age of 93 years, three months and 14 days.

Claribel was preceded in death by her parents; husband, Oscar Johnson, on April 28, 2003; brother, Donald Buck; and two sons-in-law, Donald Robertson and Alan Schwertley. She is survived by her four children, Pam Schwertley of Omaha, Nebraska, Elaine Robertson and Gary Hill of Kansas City, Missouri, David Johnson and his wife Rhonda of Saucier, Mississippi and Diane and her husband David Gilmore of Colorado Springs, Colorado; 10 grandchildren; 13 great-grandchildren; one great-great-grandson; good friends, Jeff Sinley and his wife Maria of Phoenix, Arizona; and many other relatives and friends.

In lieu of flowers, memorials may be made to the Woodbine United Methodist Church.

To order memorial trees or send flowers to the family in memory of Claribel Johnson, please visit our flower store.