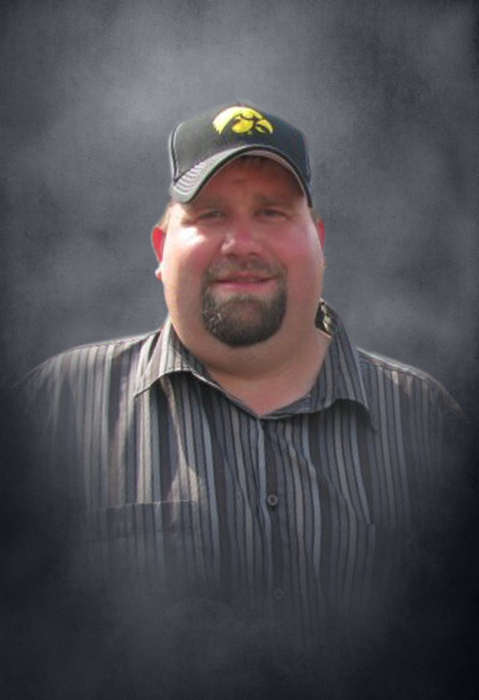 Clint Thomas Bothwell was born on   February 10, 1976, to Tom and Peggy (Pape) Bothwell, in Onawa, Iowa. He was raised near Moorhead and graduated from East Monona High School with the class of 1994. Clint then worked at various places including: GOMACO in Ida Grove, Iowa, Saber Communications in Sioux City, Iowa, Coneco in Blair, Nebraska, he built fire trucks in Dodge, Nebraska and most recently he worked at Tommy Gate in Woodbine, Iowa.

Clint liked to watch and talk sports, politics and about the stock market while enjoying a beer. He particularly liked to watch the Iowa Hawkeyes play football and wrestle, watch UNI play football, as well as the Pittsburgh Steelers. He  always watched out for his many nieces and nephews. They all called him Uncle Buck. Clint also enjoyed vacationing in South Dakota. If you could not find Clint at home he would be at the Midway tavern.

Clint was preceded in death by his grandparents, Gene and Violet Bothwell and Chet and Opal Pape; uncle Terry Pape. He is survived by his parents Tom and Peggy Bothwell of Moorhead, Iowa; brother, Kelly Bothwell and his wife Angie of Moorhead, Iowa; sister, Cindy Block and her special friend Brian Carter of Woodbine, Iowa;  seven nephews and nieces; seven great nephews and great nieces; and many other relatives and friends.

To order memorial trees or send flowers to the family in memory of Clint Bothwell, please visit our flower store.