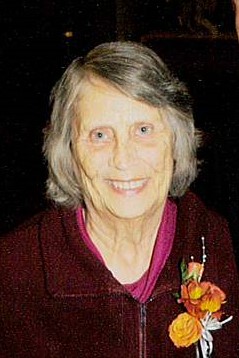 Darlene Lucille (Harter) Hammack was born on September 7, 1938 to Clark and Margaret (Rasmussen) Harter.  Darlene’s father died when she was nine years old. Darlene’s mother died when she was 14 and Darlene went to live with uncle and aunt Art and Gladys Christensen. She graduated from Pisgah High School in 1956. Darlene worked at Mutual of Omaha and Northern Natural Gas. Darlene married Gary Hammack in 1957 at the Woodbine First United Methodist Church. To this union three children were born, Lorrie, Dawn and Steve. Darlene moved back to Pisgah in 1988 and went to work as the city clerk for Pisgah.

Darlene loved gardening, her flowers, reading, and following her grandchildren in their activities.

Darlene was preceded in death by her parents, and two brothers, Dennis Harter and Larry Harter. She is survived by her three children, Lorrie and her husband David Powers of Pensacola, Florida, Dawn and her husband Jeff Powers of Woodbine, Iowa and Steve Hammack of Pisgah, Iowa; six grandchildren, Brett and Andrea Powers, Matthew Powers, Alexander Powers all of Woodbine, Iowa, Elizabeth Powers and her fiancée Eric Wiggins of Dunlap, Iowa, Nicholas Powers and Sam Powers and his fiancée Lissandra Mella all of Omaha, Nebraska ; nine great grandchildren; sister, Susan Martin of Omaha, Nebraska; half-brother, Duane Sunberg; cousin/”brother”, Eugene Christensen of Pisgah, Iowa; and many other relatives and friends.

To order memorial trees or send flowers to the family in memory of Darlene Hammack, please visit our flower store.