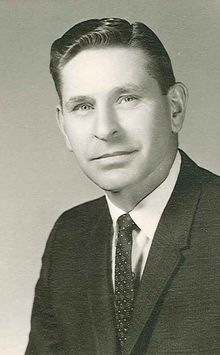 Dennis Allen Sturgill was born August 23, 1922, to William and Lucinda (Allen) Sturgill in Daley, Kentucky. He was raised in Leslie County and attended country school there as well as the Berea Kentucky Boarding School. Dennis enlisted in the U.S. Army Air Force in June of 1942. During WWII he was deployed to the Panama Canal Zone where he attained the rank of sergeant. Dennis was honorably discharged in January of 1946. Dennis married Doris Hotze in 1944 in Reno, Nevada. The couple was blessed with one son, Dana. Dennis worked as a journeyman electrician. In 1952, the family moved to the family farm south of Dunlap. Dennis farmed and also earned his Master's Degree. He taught at the Dunlap High School. Dennis was also the pastor the RLDS Church in Dunlap. In 1979, Dennis married Karen Whittington and the couple owned an insurance agency in Underwood, Iowa.

Dennis loved to garden, fish, hunt and visit with his brother, Fred.

To order memorial trees or send flowers to the family in memory of Dennis Sturgill, please visit our flower store.