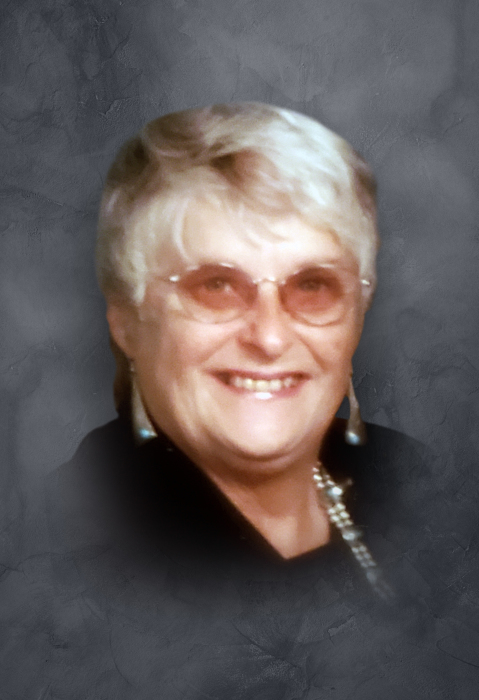 Dona Marie (Smith) Crandall was born at home in Dunlap, Iowa, to parents Addis Donnie Smith and Gertrude Fern (Madison) Smith on September 14, 1937. Dona grew up in Dunlap and graduated from Dunlap High School in 1955. Dona had a strong faith in God and lived her life accordingly. She converted to Catholicism as a teen, receiving her education from Father E. Leo Ford of St. Patrick’s Catholic Church. Dona married Donald Eugene (Jack) Crandall on December 3, 1955, at the Methodist Church in Dunlap. Their marriage was blessed at St. Patrick Catholic Church, Dunlap, in 1988, by Father Fred Reichel.

Dona worked in a variety of occupations throughout her life. At the age of 10, she cleaned rooms at a local motel. As she got older, she detasseled corn, worked at the local movie theater, and waited tables at two of the local restaurants. At 18, she moved to Council Bluffs, Iowa, and joined the staff at Mutual of Omaha. She was quickly promoted and put in charge of her own filing cubical, helping to train other employees. She and Jack moved to Pueblo, Colorado in 1956. After the birth of her second child, she worked in a local meat packing plant until she discovered she was pregnant with her third child in 1960. In 1967, Dona and Jack returned to Iowa and made their home on the family farm outside of Dunlap. Dona actively helped farm, milked cows, and took care of her beloved hogs. After her last child went to kindergarten, Dona began working for Ed Barnum at the Woodbine Produce as an egg grader and bookkeeper. Following the closing of the Produce, Dona worked for Doris Moore at Moore Brothers’ Supermarket for several years.

Dona never knew a stranger. Everyone she met was welcomed into the family, lending an ear and doling out advice. She touched the lives many teenagers and residents of Woodbine and Dunlap. Many of whom she maintained close. Dona was very active throughout her life.  She was a member of the Lutheran Church in Colorado and the Catholic Church in Iowa. She was a member of the Lazy H Square Dance Club, Woodbine Saddle Club, Girl Scout Leader, Boy Scout Leader, and 4-H Leader. Dona was very creative. She made flowers for her children’s’ weddings and others in the community. She was an excellent cook and baker. She loved sewing and crocheting and loved attending plays, musicals, and the Omaha Symphony. She enjoyed traveling with Jack and cherished spending time with her children, grandchildren, and extended family.

Dona died on October 23, 2019, at the University of Nebraska Medical Center in Omaha, Nebraska, attaining the age of 82 years, one month and nine days.

Dona was preceded in death by her parents; husband, Jack Crandall on August 26, 2018; brother, Donald Albert Smith; and son-in-law, Stephen Healey. She is survived by her sister, Betty Smith of Irwin; brother, Richard Smith of Dunlap; four children, Donald C. (Ramona) Crandall of Omaha, Cristi (Mark) Zack of Missouri Valley, Charles Crandall of Omaha, and Deneen Healey of Logan; seven grandchildren; five great-grandchildren; and many other relatives and friends.

To order memorial trees or send flowers to the family in memory of Dona Crandall, please visit our flower store.