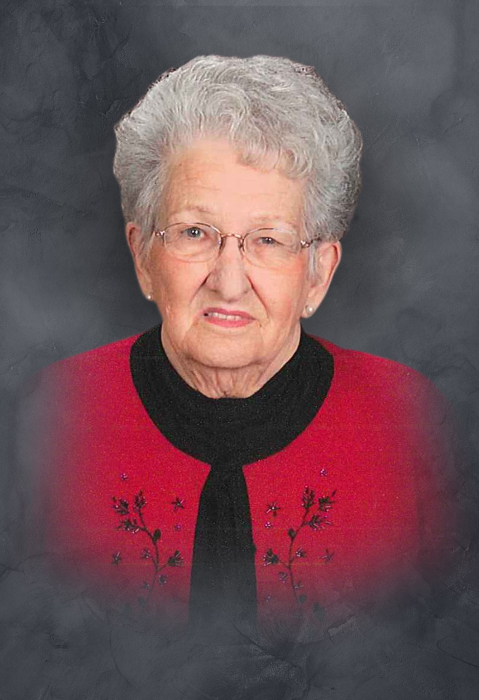 Dona Mae (Michael) Plummer was born September 3, 1920, to Daniel Sidney Phillip and Edith (Arnold) Michael. Dona Mae graduated from Logan High School and then worked briefly as a store clerk in Council Bluffs before marrying Earl Vay Plummer on March 19, 1939. Dona Mae and Earl farmed in the Harrison and Shelby County area for the next 45 years. During her lifetime Dona Mae worked at the Dairy Delite, Darner’s Dime Store and for the Logan-Magnolia School District in the kitchen. Her love for all children saw her providing daycare for many.

Dona Mae’s life was full of family especially the “grandkids”. She was happiest with a baby in her arms. Dona’s role on the farm was to raise chickens, walk beans, milk cows, take lunch to the field and cook for the hired men. Dona Mae could put food on the table in 15 minutes at a last minute notice. Her apple pie, fried chicken, potato salad and mashed potatoes were        favorites. Earl never had trouble finding a sheller crew because Dona Mae was the cook.

Dona Mae moved to the Longview Nursing Home in Missouri Valley, Iowa over a decade ago. She enjoyed bingo and coffee with her neighbors. She extended her family to include “her girls” at the home.

To order memorial trees or send flowers to the family in memory of Dona Plummer, please visit our flower store.