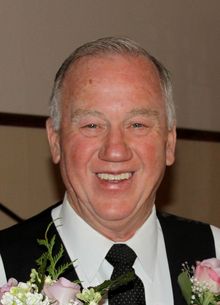 Eddy Nelson Clark was born October 5, 1941, to Ted and Ada Belle (Pitt) Clark in Logan, Iowa. He was raised in Logan and attended school there graduating in 1960. He then attend Linotype school in Estherville, Iowa. Eddy managed the Great Plains Lumber Yard in Logan, Woodbine and Onawa for 20+ years. He began working in 1976 as a sales rep for GAF products. He moved to Ankeny, Iowa in 1980 and retired from GAF in 2006. He then managed the Splash Car Wash in Ankeny. Eddy married Cathy Schmidt, the love of his life, in 2011 and the couple lived in Grimes.

Eddy loved to play cards and go to the casino. In high school he lettered all four years in football, basketball, track and baseball. He enjoyed going to the Candy Kitchen after sports practice and games. Eddy was a practical joker ~ especially with his brother, Donnie. He also loved to talk about all of his escapades as he was growing up. Eddy was an avid fan of the Iowa Hawkeyes and he also ran seven races in the BIX in Davenport, Iowa.

To order memorial trees or send flowers to the family in memory of Eddy Clark, please visit our flower store.