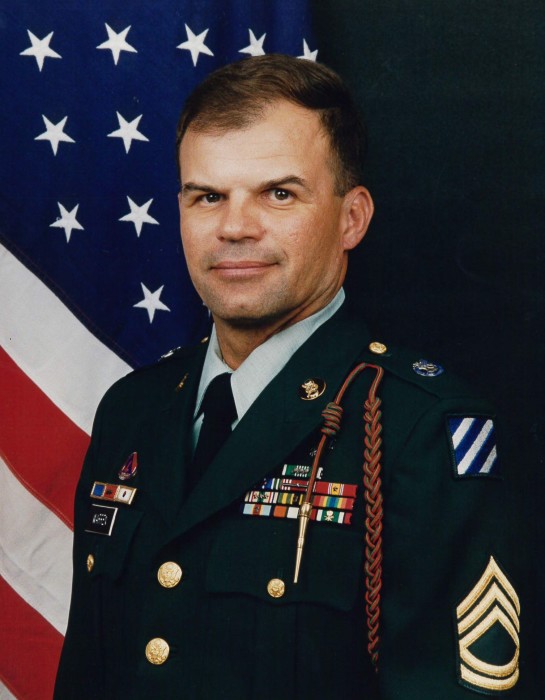 DUE TO FEDERAL AND STATE GUIDANCE ON GATHERINGS DUE TO THE COVID-19 PANDEMIC, THE FAMILY WILL BE HAVING A GRAVESIDE SERVICE WITH MILITARY RITES.

WE WILL BE LIVE-STREAMING THE SERVICE ON OUR FOUTS FUNERAL HOME FACEBOOK PAGE.

THE VISITATION IS AN OPEN VISITATION AND WE WILL LIMIT THE NUMBER OF PEOPLE IN THE FUNERAL HOME TO NO MORE THAN 10 AT ONE TIME.

THE FAMILY WILL NOT BE PRESENT AT THE VISITATION

Edward Saettler Warren, 64, died at his home in Dunlap on April 27, 2020. He was born on September 13, 1955, to John and Helene Warren in Germany. Edward moved to the states and in 1975 he joined the Army as a Chemical Ops Specialist. He proudly served his country for over 22 years. Edward met Blanche Van Houten while they were both in the military stationed in Texas and they were married on December 19, 1992. After his honorable discharge, Edward worked many jobs, his latest being at Walmart in Denison. He was also a member of the American Legion and the VFW.

Edward enjoyed watching TV. His favorite shows were NCIS and Last Man Standing. He was a Washington Redskins fan. Edward also loved his cats. The grandkids knew he couldn’t say ‘no’ if they brought a new one home. Edward was a quiet man but he had a special place in his heart for his grandchildren.

Edward was preceded in death by his parents and brother-in-law, Joseph Van Houten. He is survived by his wife, Blanche of 27 years; step-daughter, Tacy Hayes; grandchildren, Deena Hayes, Kiara Kenkel, Kierra Kenkel and Joseph Kenkel; great-grandchildren, Zaedyn and Jazmyn; siblings-in-law, Deb and Rod Hinkel, James and Karen Van Houten, Theresa and Wade Lawson and Kevin and Meredith Van Houten; and many other relatives and friends.

To order memorial trees or send flowers to the family in memory of Edward Warren, please visit our flower store.