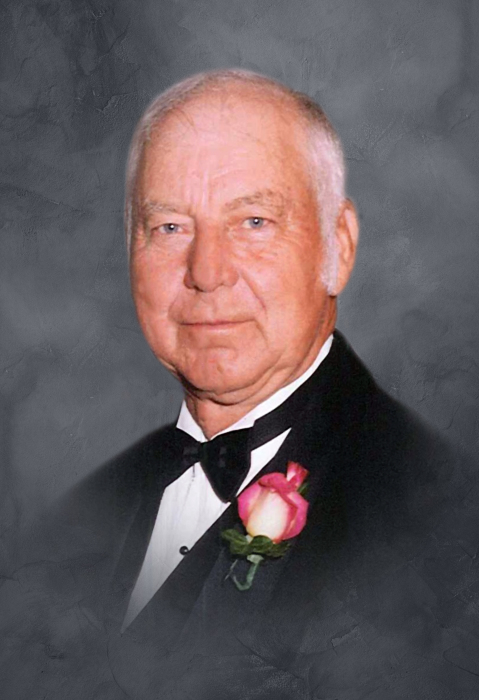 Elmer J. Swift was born July 15, 1925, to Elmer and Etta (Thiles) Swift in Persia, Iowa. He grew up east of Woodbine and attended Merry Brook and Douglas Hill Country Schools and then went to Woodbine High School through 9th grade.  He then started farming. On August 31, 1947, Elmer married Doris Baughman at the R.L.D.S. Church in Denison. The couple lived northwest of Woodbine and purchased their farm in 1947. In 1962 they moved into their current home. Elmer’s cattle were trained; as soon as he would pull in, the cattle would come to the yard. He sold Grade A milk and also raised hogs. Besides farming, Elmer operated a gas station and fuel truck, did custom corn shelling, trucking, and baling. He also helped build Rose Vista and the Community of Christ Church.

Elmer was a member of Followers of Christ and was a priest in the church. He was also a member of the Odd Fellows, where he became a Noble Grand. He loved his cattle and fishing. He took several fishing trips to Canada. He enjoyed coming to town for coffee at Casey’s with a stop at Walker’s and the grain elevator.

To order memorial trees or send flowers to the family in memory of Elmer Swift, please visit our flower store.