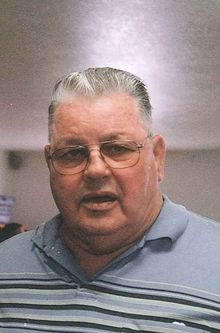 Estel Vernie Grimm was born December 3, 1939, to Vernie Clate and Nellie May (Reed) Grimm in Van Wert, Iowa. He was raised in Van Wert and attended Grand River School. Estel moved to Sioux City, Iowa and began his career as an over-the-road truck driver. He then moved to Council Bluffs, Iowa and worked as a trailer mechanic at Omaha Standard. He also worked at Deba Manufacturing in Denison, Iowa and American Games in Council Bluffs, Iowa.

Estel was a member of the Lifeline Church in Dunlap. He loved to fish and tell stories. He also enjoyed 4-wheeling, camping and mushroom hunting.

To order memorial trees or send flowers to the family in memory of Estel Grimm, please visit our flower store.