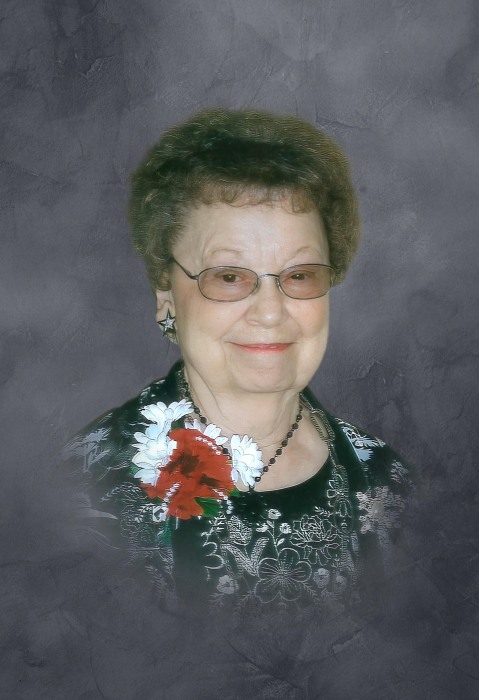 THE FUNERAL SERVICE WILL BE LIVE STREAMED ON FACEBOOK ON THE FOUTS FUNERAL HOME PAGE STARTING AT 11:00 A.M.

Evelyn Christine (Siemer) Jochims was born on December 26, 1921, to Henry and Christine (Losch) Siemer in Dow City, Iowa. Evelyn grew up on a farm outside of Dow City and was truly loved by her older brother, Ben Siemer. She graduated from Dow City High School in 1940. After two years of courtship, LaVerne Jochims and Evelyn Siemer were united in marriage on June 8, 1942, at the St. Patrick Catholic Church in Dunlap, Iowa where they remained parishioners for decades.

The couple moved out to a farm northwest of Dunlap where they raised four children. As a housewife, gardener and loving parent, Evelyn worked hard to keep the farm going and the mouths fed. In 1978, Evelyn and LaVerne build a home in town and started a new chapter of their lives. Evelyn was active within the Catholic Daughters and Alter Society where she held several office positions throughout the years. She enjoyed her days at the Senior Center where she was elected President multiple times. Evelyn and LaVerne volunteered for Meals on Wheels and delivered meals around town in all kinds of weather. They enjoyed dancing at the Gold Slipper in Dunlap and were members of the Woodbine Dance Club. They were also award winning 4-H leaders for the Boyer Rooters and volunteered their time for 20 years.

When LaVerne passed away in 1997, Evelyn continued to live in Dunlap where she enjoyed gardening, bowling, visiting her grandchildren, spending time with the residents at the Dunlap Care Center and sharing laughs at the Ode-E-Oh Club.

To order memorial trees or send flowers to the family in memory of Evelyn Jochims, please visit our flower store.