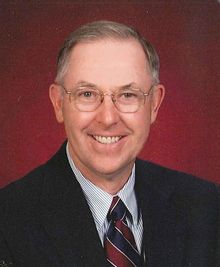 Gary Edward Gorham was born June 27, 1944, to Kenneth and Lucille (Knutson) Gorham near Dunlap, Iowa. He was raised near Dunlap and attended Clover Country School and Dunlap High School graduating in 1962. He then attended the University of Denver for two years and studied accounting. On October 17, 1964, Gary married Audrey Kline at St. John Lutheran Church in Dunlap. The couple moved to a dairy farm in Bertha, Minnesota. After five years, they returned to the Dunlap area and continued farming.

Gary was a member of St. John Lutheran Church, and he served on the church board; including being the treasurer. He also served on the Co-Op Board. The most important treasures to Gary were his wife, children, and grandchildren. Gary enjoyed raising his purebred Angus cattle and selling his bulls. He loved anything John Deere and collecting caps. Each year Gary and Audrey would camp at the Iowa State Fair for the entire fair. Gary loved watching the horse shows, horse pulls and the cattle shows; but he particularly enjoyed sharing his love of snow cones and chocolate chip cookies with his grandchildren.

To order memorial trees or send flowers to the family in memory of Gary Gorham, please visit our flower store.