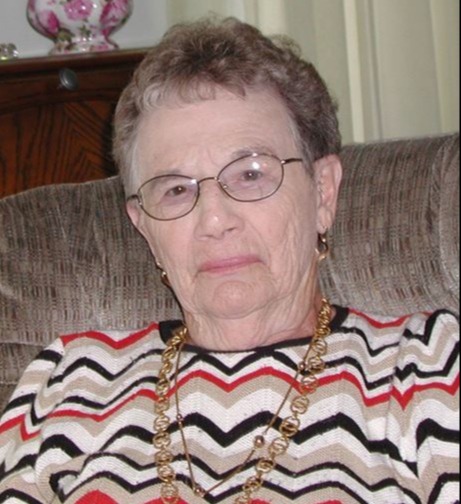 Hand delivered by a local florist

Hazel was born outside of Logan on April 1, 1925, to Harry and Vernie (Buckley) Leonard. She attended school and graduated from Logan High School. Hazel was married to Ralph Linn Black on June 26, 1948. To this union three boys, Ralph, Jr., Kyle and Kevin, were born.

Hazel was a long-time member of the Logan Christian Church. She spent most of her life volunteering for a wide variety of activities in and around Logan. She also had many jobs over the years, including working at Harvey’s Grocery Store, as an assistant to Dr. Hook, at Perfection Press and the State of Iowa Social Services.

Until age prevented her from swinging a club, Hazel was a fixture at the Logan-Missouri Valley Country Club for many years. In addition to golf, she enjoyed spending time with friends and family, and especially loved talking on the phone. Quilting, knitting and crocheting were also pleasant hobbies for her. Always well dressed, she was known to have never met a pair of red shoes that she didn’t like.

Hazel will be laid to rest in Harris Grove Cemetery. A celebration of her life will take place in the spring.

Memorial contributions may be directed to the family and mailed to Fouts Funeral Home PO Box 139 Woodbine, Iowa 51579.

To order memorial trees or send flowers to the family in memory of Hazel Black, please visit our flower store.