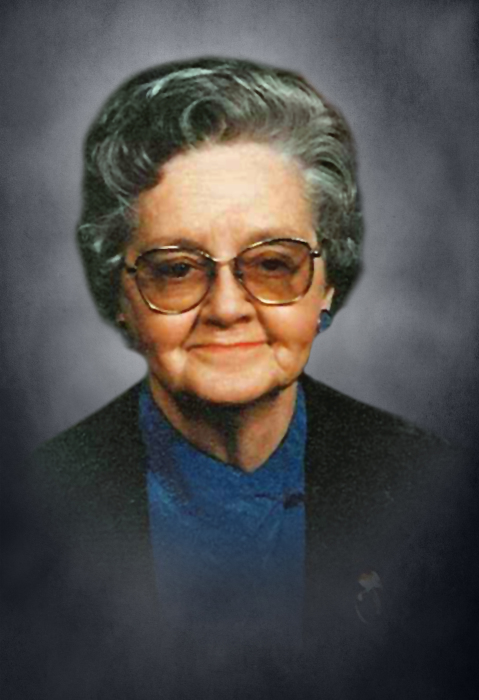 Helen Marie (Fisher) Mann was born June 13, 1925, to Frank and Emma (Weber) Fisher at the family home near Orson, Iowa in Jackson Township. Helen was raised during the depression, but she remembers her childhood as very  happy. They always had something to eat – maybe only bread and gravy – but Helen enjoyed it then and enjoyed it into her adulthood. Helen attended Pisgah Consolidated School with the Class of 1942. In later years, she enjoyed helping plan the class reunions with Rex Hester. Helen married DeeArion Mann on January 16, 1955. The couple lived south of Pisgah, and they were blessed with three daughters.

Helen was a baptized member of the Reorganized Church of Latter Day Saints, now known as the Community of Christ. She was a priest in the church, enjoyed teaching   Sunday school, Vacation Bible School, and was also a 4-H leader. Helen was happy to help with whatever needed done at church and she was her happiest when she was serving her Lord. Helen was devoted to caring for her family, and she was especially devoted to Annie. After many years on the farm, they moved into Pisgah. After moving to town, Helen babysat Drew McWilliams for several years. Helen loved her blood family and friends that became family. She enjoyed the Weber Reunions and also taking DeeArion’s DNR co-workers under her wing and treating them like family. Helen enjoyed sewing and quilting. She also enjoyed her cats. DeeArion died in 2000. Helen became a resident of Longview Nursing Home in 2011, and Janie was a special caretaker for her mother.

Helen died on Wednesday, September 12, 2018, at the Longview Nursing Home in Missouri Valley, Iowa at the age of 93 years, two months, and 30 days.

To order memorial trees or send flowers to the family in memory of Helen Mann, please visit our flower store.