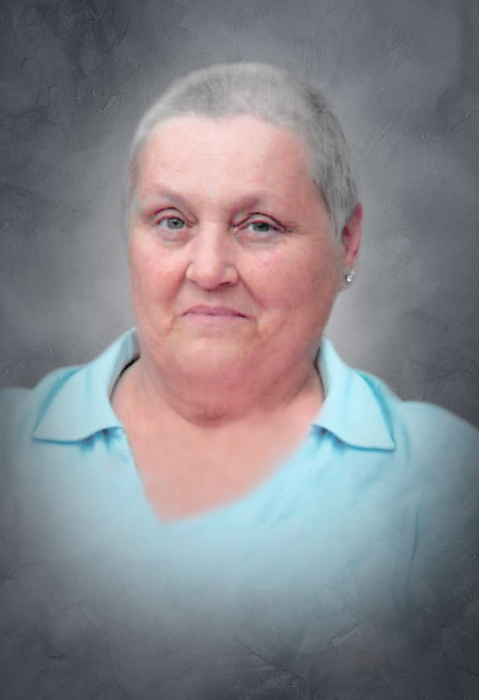 Helga Irmtraut (Sappington) Pauley was born on December 15, 1952, to Helga Sue Hopp in Hanau, Germany. Helga was raised in Germany until she was about nine years old. Her mother met Amos Oval Sappington in Germany and the family moved to California, where they were married. Helga was raised various different places due to Amos’ military career. When she was 17, they were living in Kaiserslautern, West Germany. This is where she met Donald Pauley, a young drafted, military-man serving his assignment. The two became engaged in Pirmasens, West Germany as Don’s enlistment was ending. He moved back to Iowa and shortly after, Helga joined him. The two were married on May 2, 1970 in Westphalia, Iowa. After having their first child, they decided it would be best for their family for Don to re-enlist into the Army. They lived various places during his re-enlistment and until retirement. In January 2014, they moved back to Iowa.

Helga loved all animals. She enjoyed crocheting afghans, playing bingo and the slot machines at the casino in Council Bluffs. Most of all she cherished her grandchildren and treasured their visits.

Helga died at Myrtue Medical Center in Harlan, Iowa on May 24, 2019, attaining the age of 66 years, five months and nine days.

Helga was preceded in death by her parents; She is survived by her husband, Donald Pauley of Shelby, Iowa; four children, Donald Ron Pauley and his wife Tammie of Colorado Springs, Colorado, Stef J. Waters of Shelby, Iowa, Robert Christopher Pauley and his wife Tara of Lake Forest, California and Mark Amos Pauley and his fiancée Jennie Williams of Colorado Springs, Colorado; ten grandchildren; eight great-grandchildren; brother, Randolph Turgeon Sappington of Derry, New Hampshire; and many other relatives and friends.

To order memorial trees or send flowers to the family in memory of Helga Pauley, please visit our flower store.