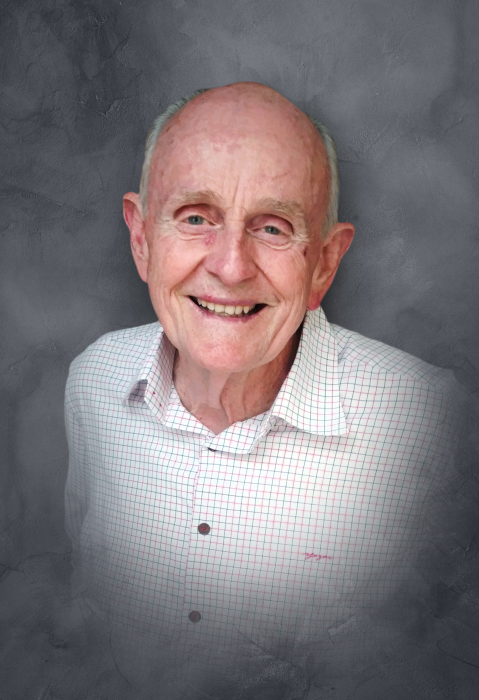 Henry Dell Gruver was born on July 24, 1942, to Henry and Lena (McClelland) Gruver in Livingston, Montana; the family moved to Phoenix, Arizona, soon after his birth. One of seven children, he spent his childhood and youth exploring the Sonoran Desert around the family’s small home. In 1960, he and his future wife, Judith, were the first graduating class from the newly built Paradise Valley High School. A strong athlete, he played football, basketball, baseball, and ran track and field.

Having a keen interest in electronic engineering, Henry first entered the field working at a television repair shop. It wasn’t long before his boss realized his talents and told him he was wasting his time repairing televisions and needed to go where he could advance his skills. With this little encouragement, he tenaciously applied for work at a small engineering firm in Phoenix; diligently showing up every Friday afternoon for months until he caught the attention of the owner and gained a position. When he absorbed all he could from that job and advanced his skills, he went on to work for Motorola in Phoenix and Electro Scientific Industries in Portland, Oregon.

In 1972, Henry was reunited with his high school classmate, Judith Lloyd.  On February 17, 1972, the two married and united his four children and her two children from their previous marriages. The young family moved from Phoenix to Portland, Oregon, where Henry and Judith had seven more children together. In 1990, the family moved to Iowa, settling in the Woodbine area.

Henry first answered the call to serve the Lord on New Year’s Day 1961. When he was just eighteen years old, he vowed for the whole year of 1961, “Lord, one night a week I will take 100 gospel tracts into downtown Phoenix, and not come home until I have personally handed them out.” By the end of February, his enthusiastic start dwindled with discouragement at the sight of his tracts being tossed aside as common trash. He cried out to the Lord for something different to happen. The Lord replied, “When you walk and give out tracts, only walk where and when you have full peace; and only give out tracts in the same peace.”  This simple principle would develop one of the most important phases of his life – prayer walking.

In his late thirties, Henry retired from his career in electronic engineering; he and Judith formed Joyful Sound Ministries and entered into full-time ministry. With twelve children to support it wasn’t an easy decision to quit his well-paying job and live on Faith, but God told him and Judith to test Him for provision.  For six months, without telling another soul, they progressively tithed the whole of his salary and watched God provide for all their needs. They continued to live on Faith, not revealing any needs, often financial provision would be the final confirmation in leading them to ministry overseas.

For more than fifty years, prompted by the Holy Spirit, Henry followed his precious Jesus across the globe. A “Prayer Walker to the Nations” he walked and prayed in over 70 nations, across 6 continents, and countless cities. Through many trials and battles, the Lord brought tremendous testimonies of miracles, salvations, healings, breakthroughs and revelations.

Memorials may be directed to Joyful Sounds Ministries.

To order memorial trees or send flowers to the family in memory of Henry Gruver, please visit our flower store.