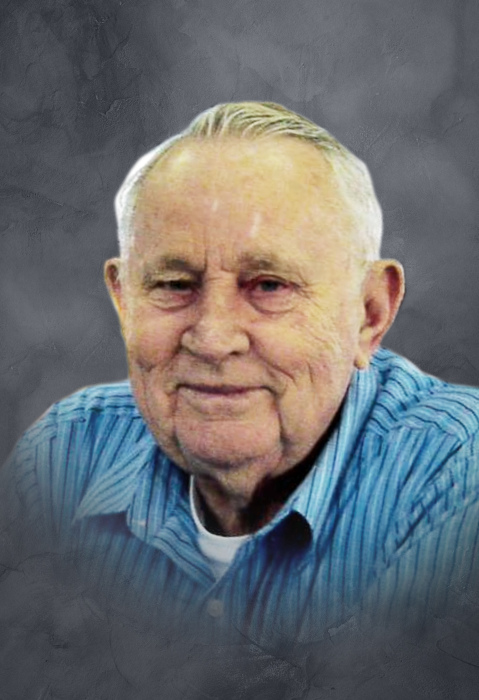 Some COVID-19 restrictions have been lightened: We are not restricted to a limited number of attendees for the visitation or funeral service but we are required to maintain social distancing.

WE WILL BE LIVE-STREAMING THE SERVICE ON OUR FOUTS FUNERAL HOME  - WOODBINE FACEBOOK PAGE. https://www.facebook.com/Fouts-Funeral-Home-Woodbine-161058843917646/?ref=br_rs  (please copy and paste the underlined link into your web browser or look up "Fouts Funeral Home Woodbine" in your Facebook search bar to find the live stream- this will start at 10:30 a.m. on Tuesday, August 11th.

Herbert Ray Harris was born on August 17, 1933, to Herbert Wallis and Ruby Mae (Decker) Harris in Valley, Nebraska. He graduated from Valley High School in 1950. Herb went on to college at Nebraska Weslyan in Lincoln on an agriculture scholarship. He met Shirley Noyes and on October 12, 1952, they were married. Their family moved from Valley to Omaha in 1961. Herb worked for the light company, Roberts Dairy and then for over 18 years at Wonderbread. He liked the little towns he delivered to on his route and that is what brought their family to Woodbine in 1974. Herb also sold feed for Walnut Grove. In 1983 he and Rolly Clark started C & H Hauling and they ran that until his son, Doug, took over in 1993, but Herb continued to help as he could. Herb and Shirley moved to their house in town in 1996. They were members of the First Christian Church in Woodbine.

Herb loved animals. Over the years they had many animals including dogs, cows, hogs and sheep but from the time they lived in Valley, Herb always had rabbits. He raised and showed them for many years. He collected many awards over the years from his rabbits. Herb also loved fishing, playing cards, reading and watching game shows and westerns. He was a huge Nebraska Fan and attended games for many years in Lincoln. Most of all, Herb cherished his family.

Herb was preceded in death by his parents; grandson, Reid Clark; great-grandson, Elijah Baldwin; and son-in-law, Chris Dreyer;. He is survived by his wife of 67 years, Shirley Harris; six children, Cheryl Dreyer of Farragut, Iowa, Mary and Rolly Clark, Sandy and Dan Barry, Doug Harris and Kim, Liz and Jim Lenz and Scott Harris and Shawna all of Woodbine; 15 grandchildren; 28 great-grandchildren; one great-great-grandchild; brother, Jim Harris and Pat of Fremont; and many other relatives and friends.

To order memorial trees or send flowers to the family in memory of Herb Harris, please visit our flower store.