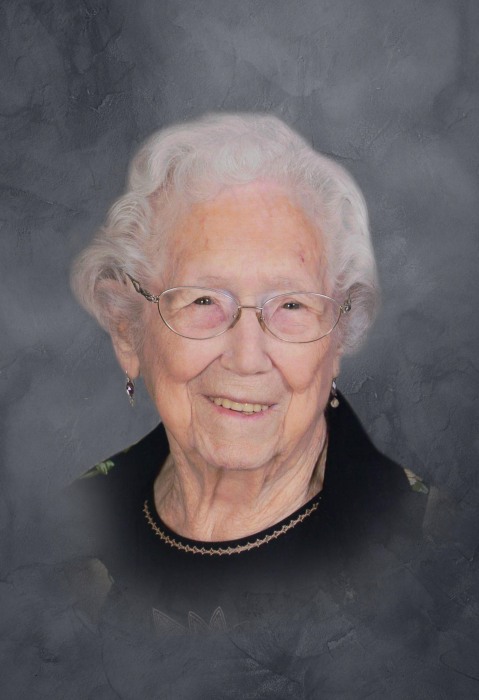 WE WILL BE LIMITING THE NUMBER OF PEOPLE INTO THE CHURCH FOR IRMA'S FUNERAL. YOU MUST WEAR A MASK AT THE CHURCH. ALL ARE WELCOME AT THE CEMETERY OR  YOU MAY LINE THE STREETS FROM THE CHURCH TO THE CEMETERY TO SHOW YOUR SUPPORT TO THE FAMILY. THANK YOU FOR YOUR UNDERSTANDING.

Only 10 people are allowed in the building at one time during the VISITATION. The family will not be present at the visitation.

WE WILL BE LIVE-STREAMING THE SERVICE ON OUR FOUTS FUNERAL HOME FACEBOOK PAGE. https://www.facebook.com/Fouts-Funeral-Home-Woodbine-161058843917646/?ref=br_rs (please copy and paste the underlined link into your web browser or look up "Fouts Funeral Home Woodbine" in your Facebook search bar to find the live stream- this will start at 2:00 p.m. on Thursday, May 14.

Irma Mary (Walker) Williams was born March 17, 1918, to Patience Lovey (Pitt) and John Walker near Woodbine, Iowa. She attended Douglas Hill Country School and then attended Woodbine High School. Irma started working at Jennie Edmundson Hospital in Council Bluffs, Iowa as a nurse’s aide and a medical clerk. Irma married Clifford "Ray" Raymond Williams on January 19, 1939, in Woodbine. She then went to work at the Community Memorial Hospital in Missouri Valley, Iowa, when it first opened in 1958. Irma retired from the hospital in 1986. Irma also cared for Mary Louise Schwertly and Hazel Rozenbaum for a number of years. She too led the exercise group in Logan until moving to the assisted living in Woodbine in February of 2013.

Irma was a member of the Logan United Methodist Church. She was active with the United Methodist Women and also served a term as president. Irma and Ray loved traveling, they especially enjoyed spending their winters in Mesa, Arizona. They traveled to every state and particularly enjoyed the western states. Irma was an avid Iowa Hawkeyes sports fan.

To order memorial trees or send flowers to the family in memory of Irma Williams, please visit our flower store.