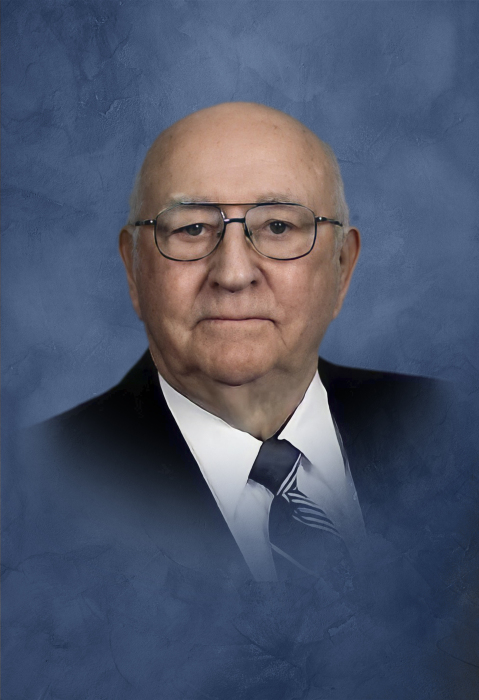 DUE TO FEDERAL AND STATE GUIDANCE ON GATHERINGS DUE TO THE COVID-19 PANDEMIC, MASKS ARE REQUIRED AT THE VISITATION.

FAMILY WILL NOT BE PRESENT AT THE VISITATION. THERE WILL BE A PRIVATE FAMILY MASS, BUT IT WILL BE LIVE STREAMED ON FACEBOOK ON THE FOUTS FUNERAL HOME PAGE STARTING AT 11:00 A.M. on FRIDAY

John “Jack” Henry Hawn was born on March 21, 1930, to Henry and Lola (Jones) Hawn at his grandpa, J.P. Hawn’s farm south of Dunlap, Iowa. He was raised near Dunlap and attended school at St. Joseph Catholic School graduating with the class of 1948. Jack married Betty Mitchell on September 24, 1951, at St. Patrick’s Catholic Church in Dunlap. Jack’s life was rooted in the petroleum business. It began when he delivered bottled gas for Ryder’s in Dunlap and then as an agent for Diamond DX. Jack later became an independent oil distributor and founded Hawn Oil Company and Hawn’s Country Stores in Dunlap and Woodbine. He had a tank wagon service for over 50 years. Jack’s customers were lifelong friends and kids looked forward to seeing him drive down the lane and hand out Tootsie Rolls.

Jack lived a full life with many endeavors from creating D & H Tree Cutting Service to farming and raising cattle. He belonged to Iowa Petroleum Marketers Association, St. Patrick’s Catholic Church where he sang in the choir for many years. He was a Knights of Columbus 3rd Degree Knight, a member of Dunlap DCDC and served on the Dunlap Fire & Rescue. He loved to sing to his kids and grandkids. Most of all, Jack loved being with his family laughing, playing games and telling great stories. Jack’s legacy of working hard and loving family will live on in his children and grandchildren.

To order memorial trees or send flowers to the family in memory of Jack Hawn, please visit our flower store.