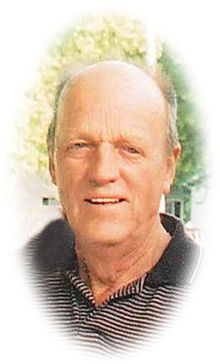 John "Jack" Thomsen was born August 20, 1935, to Paul and Arlene (Keiner) Thomsen near Arion, Iowa. He was raised in the Arion and Dow City areas and attended the Paradise Center Country School. He graduated from the Dow City High School in 1953. Jack then began working as a farmer. He proudly served his country in the United States Army from 1955 ~ 1957 and then continued to serve in the reserves. After his honorable discharge, Jack continued farming and also worked for Blue Star in Council Bluffs. Jack married Barb Delehant on September 20, 1958, at St. Patrick's Catholic Church in Dunlap. The couple farmed near Dow City, Iowa. In August on 1976, Jack received his diploma in Farm Management from Western Iowa Tech Community College. He continued farming and also worked for DeMey Electric and Thomsen Construction.

Jack was a member of St. Mary's Catholic Church in Dow City. He was a founding member of the Dow City Community Club. He enjoyed pineapple malts, golfing, playing cards, checking crops and working with his cattle. He especially enjoyed traveling with family and friends. Most of all he was the best dad a kid could ever ask for. He continued his love of children by enjoying his grandkids. Jack always made his family a priority.

To order memorial trees or send flowers to the family in memory of Jack Thomsen, please visit our flower store.