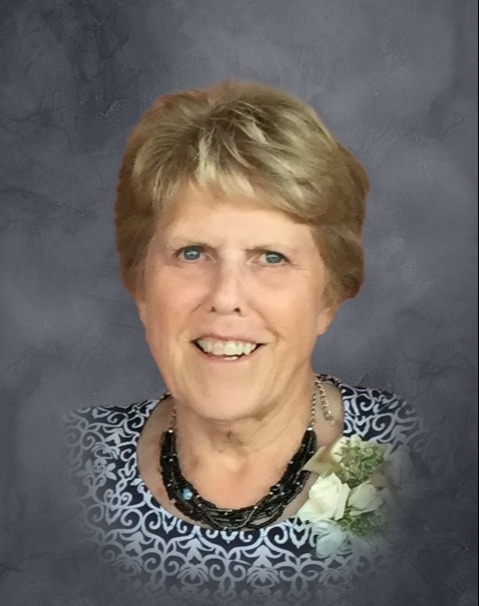 Janet Erleene (Tiby) Sauvain was born on October 3, 1941, to Earl and Betty (Barkhoff) Tiby in Woodbine, Iowa. She grew up in Woodbine, graduating with the Class of 1959. After graduating, Janet moved to Omaha, Nebraska where she joined the workforce. In August of 1960, Janet was united in marriage to Bob Sauvain and they were blessed with three children, Steven, Terri and Ronna. Janet worked in various office and accounting positions in Omaha, retiring from the Northern Natural Gas Company. After retirement she enjoyed working at the Nebraska Humane Society.

Janet was a long time member of the Woodbine First Christian Church. While she lived away from Woodbine she always found a Christian church to worship in. Janet loved to golf and was a member of many women’s golf associations throughout the years. She loved sports of all kinds, but especially enjoyed cheering on the Iowa Hawkeyes. Janet enjoyed spending time outside in nature, fitness, reading and poetry. Most of all, Janet cherished the time she spent with her family.

Janet was preceded in death by her parents; brother, Dennis Tiby; and sister, Mary Lee. She is survived by her children, Steven Sauvain and his wife Patti of Avoca, Iowa, Terri and her husband Al Cue of Winnebago and Ronna and her husband Wendal Speake of Hampton, Iowa; 10 grandchildren; 18 great-grandchildren; sister, Jane and her husband Ed Joyce of Omaha, Nebraska; brother, Mark Tiby and his wife Beth of Urbandale, Iowa; brother-in-law, Ralph Lee of Scottsdale, Arizona; and many other relatives and friends.

In lieu of flowers, donations may be directed to United Hospital District Home Health Hospice 515 S. Moore St.  Blue Earth, MN 56013 or any hospice organization of your choice.

The family will be having a private funeral service but you are welcome to watch the livestream which will start at 11:00 a.m. on Saturday, August 27, 2022.

To order memorial trees or send flowers to the family in memory of Janet (Tiby) Sauvain, please visit our flower store.