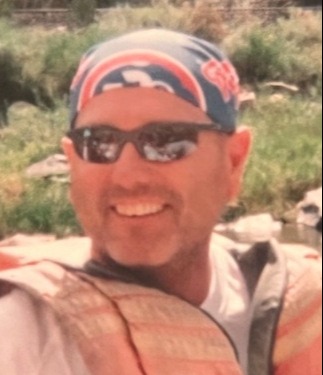 With heavy hearts, the Moores family regrets to share the passing of Jeff Moores on November 2, 2022. Jeff, son of Hattie (Harper) and Burton Moores was born on July 13, 1956, at Jennie Edmundson Hospital in Council Bluffs, Iowa. After lettering and excelling in five different sports, Jeff graduated from Woodbine High School in May of 1974. From high school, Jeff graduated from Graceland University with a BA Degree in Health and Physical Education in 1978. Jeff started his teaching and coaching career at Shenandoah, Iowa in 1979. While at Shenandoah, Jeff was an assistant coach for their high school girls basketball team and track teams and was the head coach for their girls cross country team, their baseball and boys basketball teams. He also coached Shenandoah’s 8th grade boys basketball team.

In December of 1980, Jeff married Susan Cochran in Independence, Missouri. Jeff and Susan had two children, Dane born in 1986 and Faith in 1989. As a family, they moved from Shenandoah to the Chicagoland area in 1998. Jeff then began teaching at Maplebrook Elementary School in 1998 until he retired in May of 2017. During this time (1999), he found himself single again after a loving and amicable divorce with Susan.

In June of 2006 Jeff and Suzanne Kribs met and were married three years later on June 13, 2009, along Oak Creek in Sedona, Arizona. With Suzanne, Jeff expanded his family to include Alyse, Ben and Matthew. Jeff was the perfect role model for all of his children as they are incredible, independent and caring adults. In Jeff’s opinion, his greatest accomplishment.

When asked how he wanted to be remembered, Jeff said, “a man with a good sense of humor, an honest heart with unconditional love for others and a good family man.” He has been and always will be the rock for his family. His traits of peacemaking, authenticity and relationship building are all incredible gifts that he so freely shared. Jeff was a lifetime member of the Community of Christ Faith Community.

Jeff is survived by his loving, giving and supportive wife, Suzanne; his five children, Dane, Faith (Emily), Alyse, Ben (Julia) and Matthew; his grandson, Rowan and a grandchild “on the way.” Also mourning his passing is his mother, Hattie; sisters Pam (Paul) McKinney and Brenda (Joe) Williams; brother, Mike (Tracy) Moores; nieces and nephews; scores of family and friends; and former students and athletes.  Jeff will be sorely missed by all who knew him.

Jeff told his family that he was looking forward to playing volleyball with Marc and Gale, hanging out with Loni, seeing his grandparents: Dick, Edith, Bessie and Frances Sr, along with his aunts and uncles and above all, playing catch with his dad, Burton. As one of his family members told him recently, “Jeff, you have been a trailblazer and now it is time to rest. Take off your backpack, unlace your boots, stretch out your legs and bask in the accomplishment of a life well lived.”

To order memorial trees or send flowers to the family in memory of Jeff Moores, please visit our flower store.