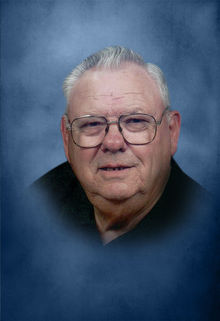 James Kenneth Boustead was born August 22, 1930, to Harry H. and Banie Marie (O'Banion) Boustead in Woodbine, Iowa. He attended country school and Woodbine High School graduating in 1948. Jim began working at the Harrison County REC trimming trees. He enlisted in the US Army and after a physical, he was not accepted. He took care of his physical condition and was later drafted into the US Army and served in California. After his honorable discharge, he returned to work for the Harrison County REC and worked his way up to Line Superintendent and retired from there. Jim married Patricia Joan Wakehouse Castro on June 4, 1967, at the Woodbine First United Methodist Church.

Jim was a member of the United Methodist Church. He loved to play golf, watch NASCAR, and take fishing trips to Minnesota and to South Dakota. He also enjoyed woodworking. Jim was a long time member of the Woodbine Fire Department and served as the Fire Chief.

To order memorial trees or send flowers to the family in memory of Jim Boustead, please visit our flower store.