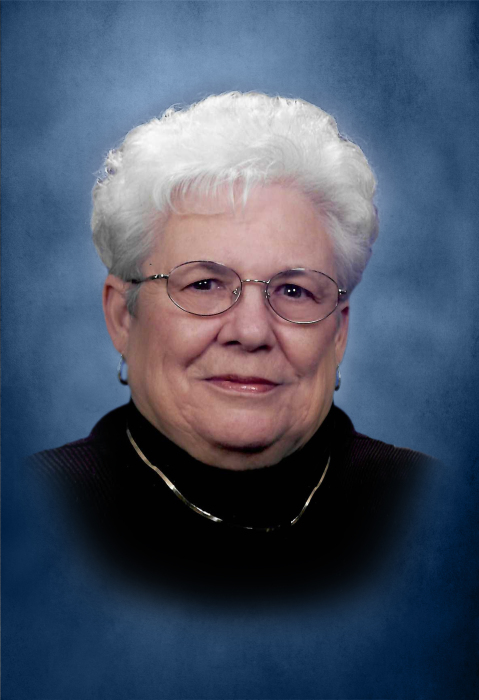 Patricia Joan (Wakehouse) Boustead was born in Pisgah, Iowa on August 24, 1935. She was raised and attended school in Woodbine. Joan developed rheumatic fever as a child which led to lifelong heart problems. After graduating from high school, she moved to Omaha and worked for Omaha Consolidated Mills. Later she married and had four children with Jose Ramon Castro. She returned to Woodbine with her four children and worked at OCM. Joan was introduced by some dear friends to Jim Boustead. They got married soon after they started dating and had one son.

Joan was a devoted wife and mother who enjoyed sewing, quilting, bowling, golf and music. She was a member of the United Methodist Church in Woodbine and served as treasurer for the Southwest Iowa District of United Methodist Women. She was actively involved in church by singing in the choir and serving on many committees in the church. She also baked hundreds of apple pies each year for Applefest. Most of all, Joan adored her seven grandchildren and seven great-grandchildren, and she loved playing card games.

Joan died on Sunday, March 28, 2021, at Boone County Hospital in Boone, Iowa at the age of 85 years, seven months and four days.

To order memorial trees or send flowers to the family in memory of Joan Boustead, please visit our flower store.