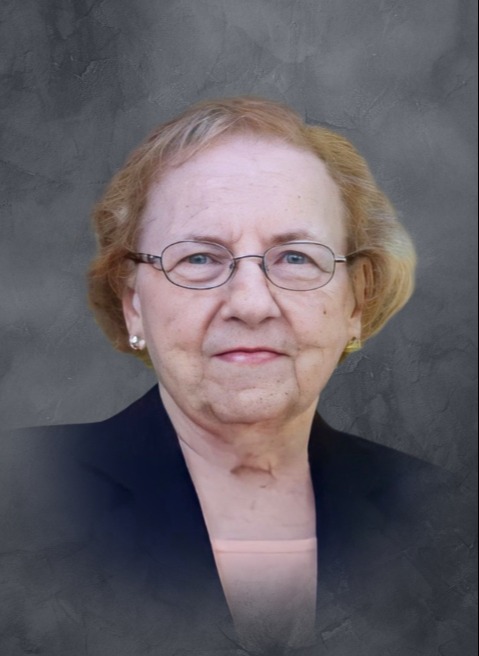 JoAnn Elaine (Smith) Hummel was born August 17, 1931 to Fred and Ruth Smith in Mound City, Missouri. JoAnn grew up on a family farm that her parents worked and owned for many years. She attended Bellevue Community School in Mound City and later attended Tarkio College in Tarkio Missouri. She graduated with a Bachelor of Arts Degree in Business Education and was a member in many activities such as serving as President of Lambda Sigma Tau Sorority, a 4 year member of the Women’s Athletic Association and serving as President, and a member of the T-Club Academic Association. She was also a member of many choral groups during her years of college, including performing as a lead singer in a dance band.

Upon graduating college, JoAnn taught business education at Farragut High School in Farragut Iowa for 2 years. She married Phil Hummel, whom she met in college, on December 19, 1954. JoAnn joined her husband at his army post in Red Bank, New Jersey, and later moved to Tokyo, Japan where Phil was stationed at Camp Drake. JoAnn worked for the U.S. Army’s Counter Intelligence Corp as a secretary in Tokyo.

After returning to the states, Phil and JoAnn moved to Woodbine, Iowa to teach at Woodbine High School. JoAnn taught Business Education there for 28 years. While living in Woodbine, JoAnn was a member of the Methodist Church, a member of P.E.O. for 61 years, and also was in a round robin of friends who graduated from Tarkio College for 65 years.

Through her years, she enjoyed the success of her secretarial students. She also enjoyed entertaining, shopping, watching basketball especially Creighton University, crossword puzzles, scrabble, surfing the internet, Facebook, reading books on her Kindle, and traveling to all the states except Hawaii, and taking cruises after retirement. She and Phil spent 12 winters in Florida.

JoAnn was preceded in death by her husband of 56 years, Phil; and her parents. Grateful for having shared her life are her children, Alan Hummel of Omaha and Gail Hummel (Scott Zahn) of Sioux Falls; granddaughter Jessica Zahn of Sioux Falls; and many other cousins, family and friends.

To order memorial trees or send flowers to the family in memory of JoAnn Hummel, please visit our flower store.