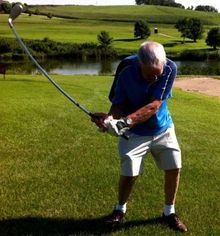 Gary "Joe" Hall, Sr. was born May 14, 1939, in Missouri Valley, Iowa to Charles and Lorna (Woodward) Hall. Joe was raised in the Pisgah area and graduated from Pisgah High School in 1958. Joe played baseball in high school and was the pitcher on the town team. He was in the U.S. Army Reserves while in high school and then proudly served his country after graduation. He was honorably discharged in 1964. Joe married Irene McHugh in 1962. The couple was blessed with two sons, Gary and Rob. Joe worked for several years in Omaha and the surrounding areas. He later moved to Davenport, Iowa and married Marti Dunn on December 31, 1988. Joe worked at the Armour Packing Plant in Omaha, laid cable tv lines in many states, and sold construction equipment and Mack trucks. He also drove the van for the vocal-jazz group that Marti directed at St. Ambrose University. Joe retired in 2007 and he and Marti moved to Woodbine in 2010.

Joe was a member of the United Church of Christ in Davenport and served on various committees. He loved to take care of his lawn. He enjoyed golfing, woodworking and just being in the country with his dog, Jazz.

To order memorial trees or send flowers to the family in memory of Joe Hall, please visit our flower store.