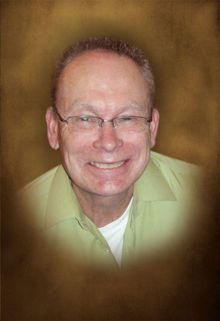 Joseph Henry Coenen was born on April 11, 1950, to Henry and Dorothy (Gross) Coenen in Harlan, Iowa. Joe grew up in Woodbine and graduated from Woodbine High School in 1968. He worked as an X-ray tech at St. Joseph Hospital in Omaha. Joe joined the U.S. Army and served his country for four years. After Joe's honorable discharge he moved to Portland, Oregon and worked as an X-ray Tech and then later as a business analyst for Blue Cross Blue Shield. Joe and his partner, Rich, owned and operated the Beaumont Grocery Store in Portland. After selling the grocery store, Joe and Rich moved to Arizona. They moved to Vancouver, Washington a year ago and Joe became a resident of the Glenwood Place Nursing Home.

Joe enjoyed collecting giraffes; he also loved to travel and sightsee. Joe enjoyed working out at the gym and he loved his beloved dog, Cassie. Joe always enjoyed coming back home to Woodbine to visit with family and friends.

To order memorial trees or send flowers to the family in memory of Joseph Coenen, please visit our flower store.