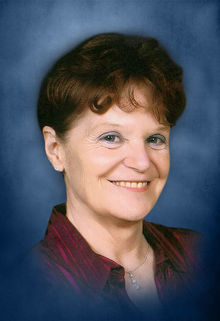 Judy Kay (Farris) Schiltz was born in Little Sioux, Iowa to Charles and Ruby (Caldwell) Farris. Judy graduated from West Harrison High School in 1964. On July 20, 1964, Judy married Kenneth Schiltz in Logan, Iowa. To this union three children were born, Brenda, Paul and Larry. The couple lived in Omaha where she worked for the First Federal Reserve Bank. They then lived in various towns in western Iowa, before settling in Woodbine in 1973. Judy has worked at several businesses in Woodbine including Moore Brothers grocery store, Rose Vista Nursing Home and Foodland grocery store. In the fall of 1981, she purchased the Fashion Shop in Woodbine and enjoyed providing women's clothes for the community. In her very short retirement, the couple enjoyed trips to Branson and Colorado. Any trip they took revolved around visiting flea markets and swap meets.

Judy enjoyed sewing, crafts, cooking, crossword puzzles and of course collection Coke Cola memorabilia. Most importantly she enjoyed her family time with her children and grandchildren.

Judy died on Monday, October 13, 2014, in hospice care at the Rose Vista Nursing Home following a short courageous battle with cancer at the age of 68 years, six months and 14 days.

To order memorial trees or send flowers to the family in memory of Judy Schiltz, please visit our flower store.