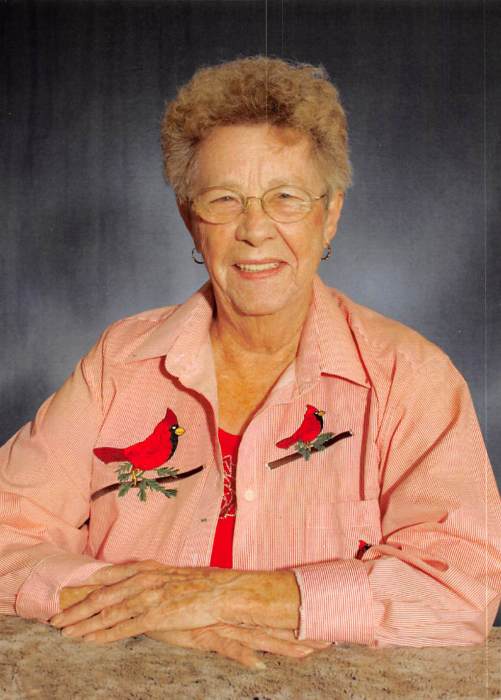 Katherine Pearl Oliver was born on August 12, 1935, to Lyle and Geraldine (Osborn) Oliver in Pisgah, Iowa. The family lived in Pisgah, Little Sioux and Woodbine. Katherine graduated from the Woodbine High School in 1953. Katherine married Gerald DeLozier on June 20, 1954. The couple was blessed with five children. The couple lived in Woodbine and then moved to Omaha in 1958. Katherine worked at Western Electric in Omaha and later on for American Greetings as a sales rep.  Katherine’s favorite job was manager of the Woodland Campgrounds in Little Sioux. She lived in Weslaco, Texas for a number of years before moving back to Iowa to be closer to her children.

Katherine loved going to Mexico and shopping in Mexico. She was always helping other people.

Katherine died on Thursday, May 2, 2019, at the Longview Nursing Home in Missouri Valley at the age of 83 years, eight months and 20 days.

Katherine’s wishes were to be cremated and have no services.

To order memorial trees or send flowers to the family in memory of Katherine Oliver, please visit our flower store.

No services to be held