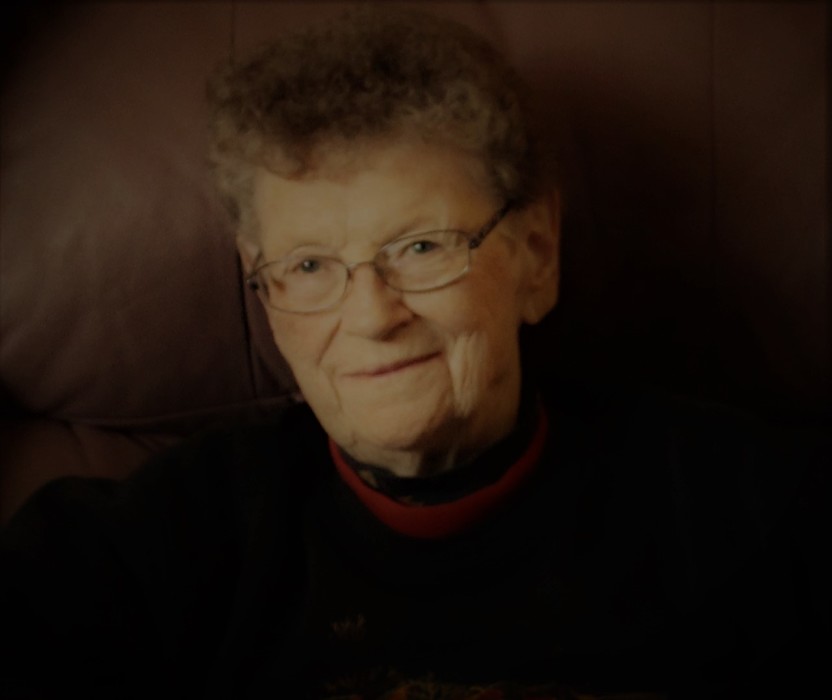 Kathleen Ann Heller was born March 26, 1928, to John and Ann (O’Connor) Murphy. Kathleen grew up and lived around the Dunlap area. She attended St. Joe Catholic School graduating in 1946. Soon after graduation she  married the love of her life, Urban Heller, on January 28, 1947. Urban farmed and Kathleen was always busy with gardening, cooking for the hired help, and raising five children.  She was also active in the Altar Society, Catholic Daughters and was a member of a card club.  She liked to bake and was a terrific cook. Kathleen never missed sending food for every funeral in town. Saturdays were always grocery day and confession at church Sundays were always Mass and downtown to the local café for a roll. Every Sunday was spent visiting with  cousins, either at our house or theirs. Family get togethers were just the thing to do and back then because all the stores were closed.

Kathleen had osteoporosis and therefore had many back fractures and procedures. When she could no longer stay at home by herself she took up residence at the    Dunlap Care Center in 2016. She always had lots of visitors and enjoyed everyone who stopped in to see her. After one last fall, God took her to be with her husband, son and daughters.

Kathleen died on Wednesday, August 15, 2018, at the Community Memorial Hospital in Missouri Valley, Iowa at the age of 90 years, four months, and 20 days.

To order memorial trees or send flowers to the family in memory of Kathleen Heller, please visit our flower store.