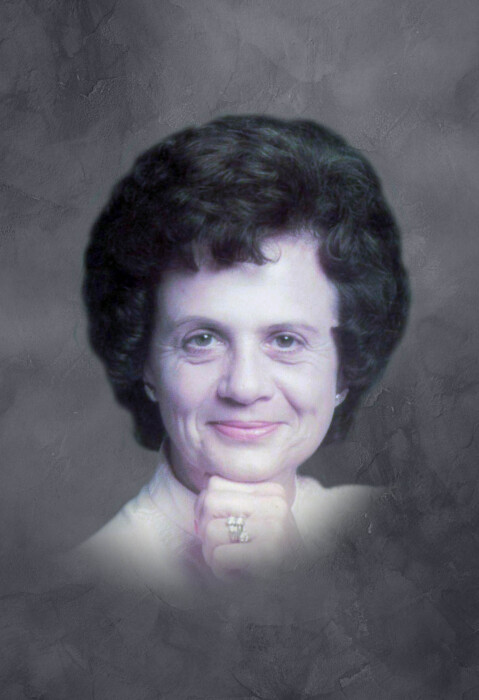 Some COVID-19 restrictions have been lightened:

Only 10 people are allowed in the building at one time during the VISITATION.

We are allowed to have more than 10 people at the funeral service but we are still required to maintain social-distancing.

https://www.facebook.com/Fouts-Funeral-Home-105026182897108/ (please copy and paste the underlined link into your web browser or look up "Fouts Funeral Home" in your Facebook search bar to find the live stream- this will start at 11:00  a.m. Saturday, May 9th.

Kathryn Clara (Smith) Loy was born August 1, 1929, the only child of John and Mary (Potter) Smith. She was born on a farm in Clark, South Dakota. At the age of eight the family moved to Dow City, Iowa, where she attended school until her junior year. Her father was a butcher at Zitzelberger Store, so they moved to Dunlap for one year and Kathryn went to St. Joseph’s Catholic High School. The following year they moved back to Dow City, where she graduated with the Class of 1947. After graduation, she attended Iowa State College for one year. She was then employed at a bank in Denison, Iowa.

Kathryn married John Pat Loy on February 28, 1949, at St. Patrick’s Catholic Church in Dunlap. Their union was blessed with three children. The couple made their home for forty years on a farm south of Dunlap. They moved into the town of Dunlap in 1988. They were married for 60 years when John Pat passed away on February 9, 2009.

Kathryn was employed at the Sugar Bowl for many years and later the Dairy Sweet, when it was owned by Tom Murphy. She worked at the Dunlap Sale Barn for over 24 years. In her later years, she worked at Fashion Exclusive in Denison for Evelyn Muller.

Kathryn was an active member of St. Patrick’s Catholic Church. She once held the position of Grand Regent of the Catholic Daughters of America and President of St. Patrick’s Altar Society. She was also a member of the Friendly Neighbor’s Club, which had been going since 1949. Kathryn embroidered many tea towels which she gave as gifts or donated to benefits. In her spare time, she loved to play bridge and belonged to different card clubs. She loved to shop and was known for her beautiful outfits. She also enjoyed traveling and took many trips to California, Arizona, Missouri, Hawaii, Florida, Alaska and France.

Kathryn was preceded in death by her parents; husband, John Pat Loy; and son-in-law, Jerry Gibbs. She is survived by her children, Patricia and her husband John Hein of Dunlap, Iowa; David Loy and his special friend Mary Lou Smith of Charter Oak, Iowa, Michael Loy of Woodbine, Iowa; granddaughter, Brittany and her husband Alex Vondrak of Hinton, Iowa; one great-granddaughter, Harper Rose Vondrak; sisters-in-law, Rosalie Stormberg and Shirley Loy both of Omaha, Nebraska; and many other relatives and friends.

To order memorial trees or send flowers to the family in memory of Kathryn Loy, please visit our flower store.