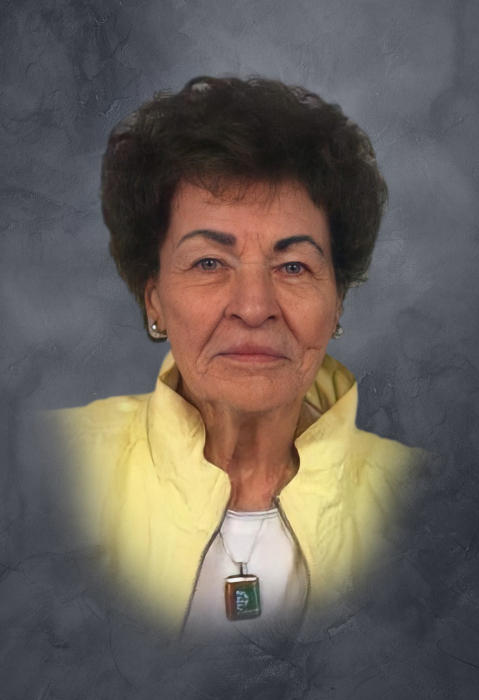 DUE TO FEDERAL AND STATE GUIDANCE ON GATHERINGS DUE TO THE COVID-19 PANDEMIC, MASKS ARE REQUIRED AT THE VISITATION. IN LIEU OF FLOWERS, PLEASE MAKE MEMORIALS TO ST PATRICK CATHOLIC CHURCH, ST JOSEPH CATHOLIC CHURCH, DUNLAP FIRE & RESCUE, OR THE DUNLAP FOOD PANTRY. FAMILY WILL NOT BE PRESENT AT THE VISITATION. THERE WILL BE A PRIVATE FAMILY MASS, BUT IT WILL BE LIVE STREAMED ON FACEBOOK ON THE FOUTS FUNERAL HOME PAGE STARTING AT 10:30 A.M.

Kathryn Ruth (Feser) Stessman was born on May 5, 1934, to Frank and Ann (Hawn) Feser near Dunlap, Iowa.  Kathryn attended St. Joseph Catholic School in Dunlap graduating in 1952. As a teenager, Kathryn worked at the Barrett Funeral Home and the Lehan Drug Store. After graduation she worked at Mutual of Omaha.  On September 7, 1953, Kathryn married Joseph Jack Stessman at St. Patrick’s Catholic Church in Dunlap, Iowa. While Jack was in the Army, the couple lived in Alabama and Columbus, Georgia.  In 1955 the couple moved back to Dunlap and farmed in Shelby County, east of Dunlap.  After the children were raised Kathryn worked at the Gold Slipper.

Kathryn was a member of the St. Joseph Catholic Church in Earling and of Altar Society.

Kathryn died on October 17, 2020 at the Crawford County Memorial Hospital in Denison, Iowa at the age of 86 years, five months and 12 days.

To order memorial trees or send flowers to the family in memory of Kathryn Stessman, please visit our flower store.