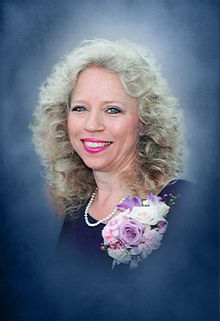 Kathryn Anne (Chesmore) Chambers was born on March 14, 1955, to Osia and Ruth (Tedford) Chesmore in Seward, Nebraska. She was raised in the Woodbine area, and married Craig Chambers on September 15, 1974, at the Woodbine United Methodist Church. Kathy's pride and joy were her four children and eight grandchildren. She was happiest surrounded by her grandchildren. She gave of herself to each of them whether it be playing with Fisher Price doll houses, teaching them how to cook and bake, watching them at sporting events and even challenging herself to ice skate and boogie board in the ocean with them at 60 years of age.

Kathy enjoyed following in her mother's footsteps by learning to quilt and crochet. She loved camping in the California mountains, riding horses, gardening and cooking the most delicious meals with what seemed like a few ingredients.

Along with working alongside Craig on the farm, she worked at the Farm Service Agency in Onawa, Iowa and Hanford and Fresno, California. She earned her A.A. degree in Business at Paradise Valley Community College. She volunteered with the Soldier Valley Lutheran Church Ladies Aide where she was a member. She also made quilts for charity with the Piecemaker's Quilt Guild.

To order memorial trees or send flowers to the family in memory of Kathy Chambers, please visit our flower store.