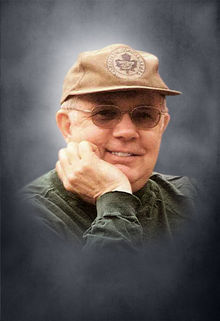 Larry Harold Andersen was born on August 10, 1941, in Englewood, California to Harold and Norma (Engel) Andersen. The family moved back to Iowa when Larry was a toddler. Larry attended country and public school and he graduated in 1959 from Woodbine High School. He then attended the University of Iowa graduating with degrees in Chemistry and Pharmacy. Larry proudly served his country in the U.S. Army. After his honorable discharge he worked in pharmacy in Council Bluffs, and Omaha, and he then ventured north to Alaska. In 1973, Larry married Ellen Cummings in Juneau, Alaska. The couple made their home in Anchorage where Larry worked as a pharmacist. Larry had his private pilot's license and would fly to work for the day and then fly back home at the end of the day. Larry retired from being a pharmacist in 2012 and the couple moved to Woodbine so Larry could farm their farm ground.

Larry loved nature, wildlife, and the outdoors. He loved to hunt and fish, hike into the mountains for the adventure and simply enjoy nature. Larry's love and respect of wildlife led him to enjoy watching and photography the animals rather than hunting them. Hans was involved with hockey and Larry enjoyed supporting him and his team in hockey and also watching hockey with Hans. Larry also loved to follow Anna with her dancing, arts, Girls Scouts and her bunnies. Larry also loved the family dog Hager and family bunny Klaus. Farming was always a big part of who Larry was, and he was so happy to be farming. Larry often said that farming was where he was meant to be.

To order memorial trees or send flowers to the family in memory of Larry Andersen, please visit our flower store.