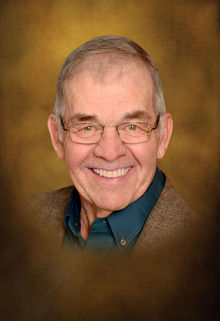 Larry Arthur McWilliams was born September 1, 1944, in Onawa, Iowa to David "Art" and Lois (Powell) McWilliams. He was raised in Pisgah and graduated from Pisgah High School in 1962. Larry began his career as a mechanic and worked at Swain Motor Company in Pisgah. On May 29, 1965, Larry married Linda Jungemann at the Lutheran Church in Missouri Valley, Iowa. Larry proudly served his country in the United States Army during the Vietnam War from December 1, 1966 to November 21, 1968. After his honorable discharge Larry became a Harrison County Deputy Sherriff for five years. He then returned to the mechanic business and operated a gas station and mechanic shop before he opened his own business from his home. Larry also worked for the West Harrison School as a bus mechanic and transportation supervisor until he retired in 2006.

Larry died surrounded by his family on Monday, February 16, 2015, at Community Memorial Hospital in Missouri Valley, Iowa at the age of 70 years, five months, and 15 days.

To order memorial trees or send flowers to the family in memory of Larry McWilliams, please visit our flower store.