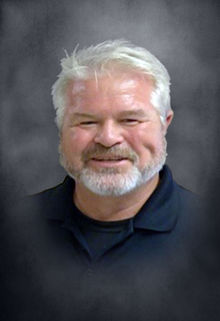 Larry Joseph Stessman was born on January 25, 1955, to Joseph "Jack" and Kathryn (Feser) Stessman at the hospital on base in Fort Benning, Georgia. He attended St. Joseph's Catholic School in Earling for eight years and graduated from Dunlap High School in 1973. After high school he worked numerous jobs before taking a position with Ardan's in Beaumont, Texas. He eventually moved to Laredo, Texas where he met a co-worker, Sharon Ann Coleman. They were married on March 10, 1984, in Laredo. This union brought forth one child, Sean Joseph, on October 9, 1985. Larry then took a new position at Walmart as a store manager until 1993. He left Walmart to invest in private business ventures in Corpus Christi, Texas, until the time of his death.

Larry suffered a severe heart attack and stroke on Wednesday, June 13, 2018. After a short stay at a hospital in Corpus Christi, the illness was too great to overcome and he was called to God on Father's Day, June 17, 2018. Larry was 63 years, four months and 23 days.

To order memorial trees or send flowers to the family in memory of Larry Stessman, please visit our flower store.