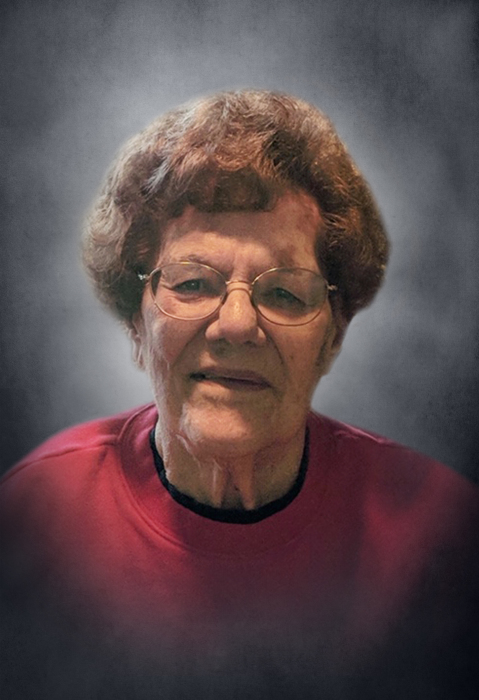 Marie Lucille (Merenda) Trindade was born May 25, 1920, to Joseph and Santina “Sadie” (Frizzi)  Merenda in Revere, Massachusetts.  She was raised in Revere and graduated from Revere High School. She continued to live with her parents and work at the IJ Fox Department Store and a photo studio until she married. Marie married Manuel S. Trindade on March 28, 1948, at St. Anthony’s Catholic Church in Revere, Massachusetts. The couple lived in many places as Manuel was in the Air Force. Marie and Manuel lived in Dover, New Hampshire for 43 years before moving to Earling in October of 2004. Manuel died on May 9, 2006.

Marie was a member of St. Joseph’s Catholic Church in Earling. She enjoyed cooking. She also enjoyed sewing and she could sew anything - including a suit. It was so well made that you would have thought it was store bought. Marie took care of her younger siblings and in turn was a great care giver as a wife, mom, and grandma. Marie loved her family.

Marie died on Friday, December 28, 2018, at the Myrtue Medical Center in Harlan, Iowa at the age of 98 years, seven months, and three days.

To order memorial trees or send flowers to the family in memory of Marie Trindade, please visit our flower store.