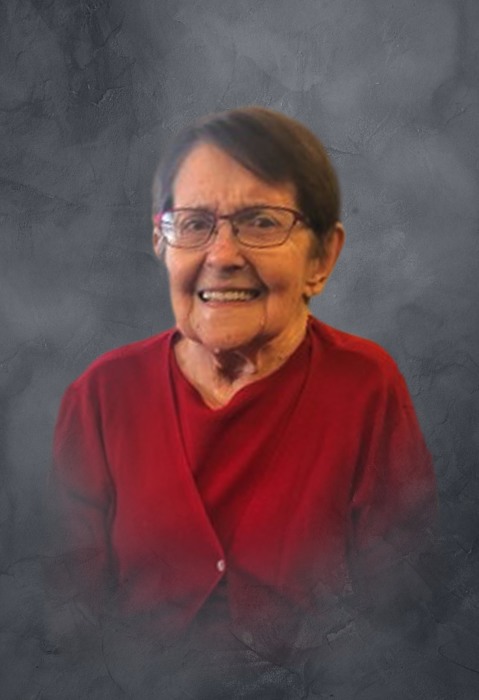 WE WILL BE LIVE-STREAMING THE MASS ON OUR FOUTS FUNERAL HOME DUNLAP FACEBOOK PAGE.

https://www.facebook.com/Fouts-Funeral-Home-105026182897108/ (please copy and paste the underlined link into your web browser or look up "Fouts Funeral Home" in your Facebook search bar to find the live stream- this will start at 4:00 p.m. Wednesday, April 22nd)

Maylow Jeanne Berger (Peterson) Phillips was born at home on October 1, 1930, in Dunlap, Iowa. She graduated from Dunlap High School. Her first jobs were at the local movie theater and drugstore, as a ‘soda-jerk’. Maylow attended secretarial school in Omaha and worked as a legal secretary there, in San Francisco, California and in Newport Beach. She met her husband Robert (“Bob” or “Pete”) J. Peterson at a USO dance. They were married in 1956 and welcomed their first daughter in April, 1958. They purchased their first house in Canoga Park, CA (San Fernando Valley) in 1959. Maylow continued to work as a legal secretary, sometimes working from home, and raising their family, while her husband worked as an aerospace engineer in companies contracted with the NASA program. Two more daughters joined the family in 1960 and 1962. In the fall of 1968, the family moved to Albion, CA to be closer to Bob’s parents, Hazel and Ben Peterson, and because the poor air quality/smog in the LA area had become detrimental to Bob’s health. Maylow and Bob ran a general store, Fireside Market, on Hwy 1 in Albion from 1968 through 1974. Maylow became active in the Catholic Church in nearby Fort Bragg. She and Bob had their fourth daughter in 1970, after Maylow endured a 2-hour winding car ride to a Santa Rosa hospital while in labor. They enrolled their daughters in the local 4-H clubs and enthusiastically helped them adopt orphaned lambs as one of the 4-H projects. Maylow took the time to drive her girls to 4-H meetings and socials, as well as sewing, cooking, animal husbandry and wool spinning class with local experts. She supported her daughters while they made 4-H projects for county fairs, including sheep in the show ring. Maylow was known for her sense of humor and loved to laugh; she was also a loyal parent and friend and would be tenacious in pursuing her own goals and supporting those of her four daughters.

After Maylow and Bob Peterson divorced in 1974, she returned to Dunlap with her four daughters. Maylow began working for the Harrison County Extension service in Logan as the secretary in 1974 and moved her family to Logan the following year to be closer to work. She took great pride in the house she purchased there.

Maylow liked to visit with friends, share laughter and stories and have a fun time. She and her daughters formed a strong friendship with the Olhava Family (Tony, Renate and kids), who were also active in 4-H together. The Olhavas were like a second family to them. She often went to PWP get-togethers in Omaha with her friend Barb Purtle. She stayed active with her Dunlap High 1948 graduating class gatherings and annual reunions, where she and Marge McCord continued their lifelong friendship.

In the summer of 1977, Maylow married Dr. Hugh Phillips, a professor in the Medical School of Creighton University. She moved to Omaha with her two youngest daughters (her oldest daughters being in college and headed to college). Her marriage to Dr. Phillips was short-lived; they separated and divorced the following year, but remained friends until he passed away several years later.

Maylow began work at Creighton Law School in 1977, as secretary of the law review. She enjoyed working with the energetic students and staff at the school. She was promoted to the Placement Office within the Law School and then to the Placement Coordinator position. She formed a close friendship with her boss, Sandy Murnan. Maylow matched students with clerkships throughout the country. She traveled to visit many sites and also to attend the NALP conferences. She and friend Hattie Mullin, who also worked at the Law School, were known for their extensive contributions of Christmas cookies at the annual cookie exchange. She retired in 1999, but continued to be a driving force in the Greybackers association for Creighton. Maylow also took foreign language students from Japan into her home while they attended Creighton. She enjoyed having students in her home as well as the cultural exchanges. While working full-time and still raising 2 daughters, Maylow began taking college classes for credit at Creighton. She completed her Bachelor of Arts degree in Journalism at Creighton University and graduated in 2009, at the age of 78!

St. Cecilia’s Cathedral became Maylow’s home parish to practice her faith. She was a gifted vocalist and piano and organ player. She traveled with the choir to Rome, Italy, where they met and sang for Pope John Paul II, which was dream and cherished accomplishment for her. She worked as a principle organizer for the annual flower show put on by St. Cecilia’s as a fundraiser. She booked musicians and performers and found families for them to stay with during their time in Omaha. This fundraiser was an integral part of funding the church and its activities. Maylow enjoyed midnight Christmas Eve mass and made a tradition with her daughters of attending this special celebration as often as possible.

Maylow’s life was filled with family, gardening, cats, music, singing, art, travel and faith. She often traveled to Oregon to go on vacations with John & Sandy. She loved being out in her yard, planting flowers and also bird watching from her kitchen window that looked out on her backyard. Maylow’s long time feline companion, Neigeux, was with her for 21 years. Maylow rescued & adopted a new cat, Fred. He was a faithful, loving companion for many years; they could be seen together in the neighborhood when she took him out in his cat stroller.

Maylow passed away peacefully from natural causes on Thursday, April 16, 2020, at the age of 89 years, six months and 15 days. The family extends their gratitude to her caregivers and staff of Louisville Care Center and Heartland Hospice. Their loving care, attentiveness, and laughter for our Mom will be forever cherished.

To order memorial trees or send flowers to the family in memory of Maylow Phillips, please visit our flower store.